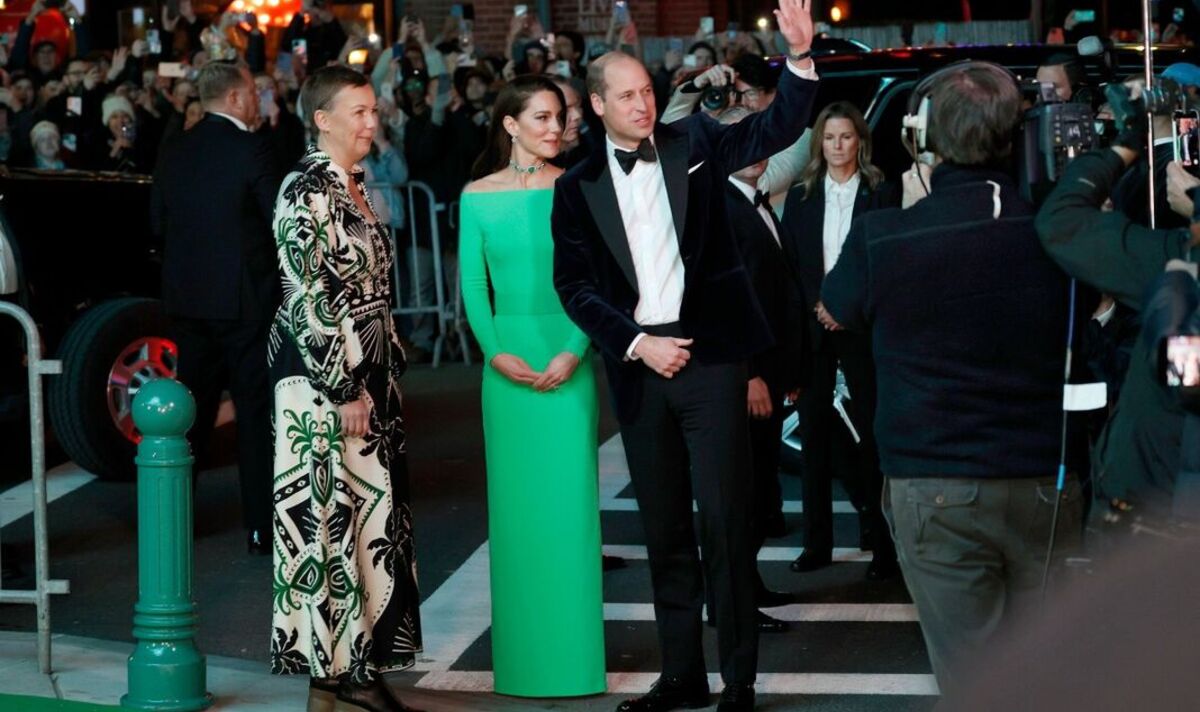 Kate and William have been in the US for three days on a short trip to celebrate this year’s Earthshot Prize Awards Ceremony. The couple have attended a slew events, culminating in tonight’s special ceremony.

Kate looked stunning tonight as she wore a fitting green dress – a clear nod towards nature and the environment, which is what the Earthshot Prize is all about.

But what stood out the most was the Princess’ glistening emeralds. The choker around her neck, as well as her earrings, belonged to the late Princess Diana.

Diana’s emerald and diamond choker is an iconic piece, which the late Princess of Wales was seen wearing often during her lifetime.

Kate completed the look with a pair of silver, sparkling stilettos, which were just about visible underneath her gown.

The Princess debuted a new hairstyle as her brunette locks were swept to one side in a stylish side parting.

Her hair had been curled and she wore a little more make-up than usual – her eyebrows were coloured in and she donned thick, black mascara, eyeliner, and eyeshadow.

Kate looked beautiful, but her jewellery stole the show. Royal fans will know that Diana was a huge fan of chokers, and the emerald and diamond piece was one of her favourites.

According to reports, Queen Elizabeth was frustrated with the way Diana wore the choker, preferring that she don it around her neck, rather than on her forehead.

However, there were many instances where Diana also wore the choker as it was intended – as a necklace.

As for tonight, the winners of the Earthshot Prize are set to be revealed in the MGM MusicHall at Fenway, in Boston.

The Prince of Wales previously declared that he wants to “supercharge” the impact of his Earthshot Prize finalists to inspire a “despairing world” that there is a way forward. In an article published a few hours before the awards ceremony, William described himself as a “stubborn optimist”.

Writing in the Huffington Post, the future King said about the finalists: “The Earthshot Prize wants to find the best of them. We want to celebrate and support them, so that we not only supercharge their positive impact but also demonstrate to a despairing world that there is an optimistic way forward.

“Dire predictions about our natural world aren’t the only side to this story and they don’t have to be our future.”