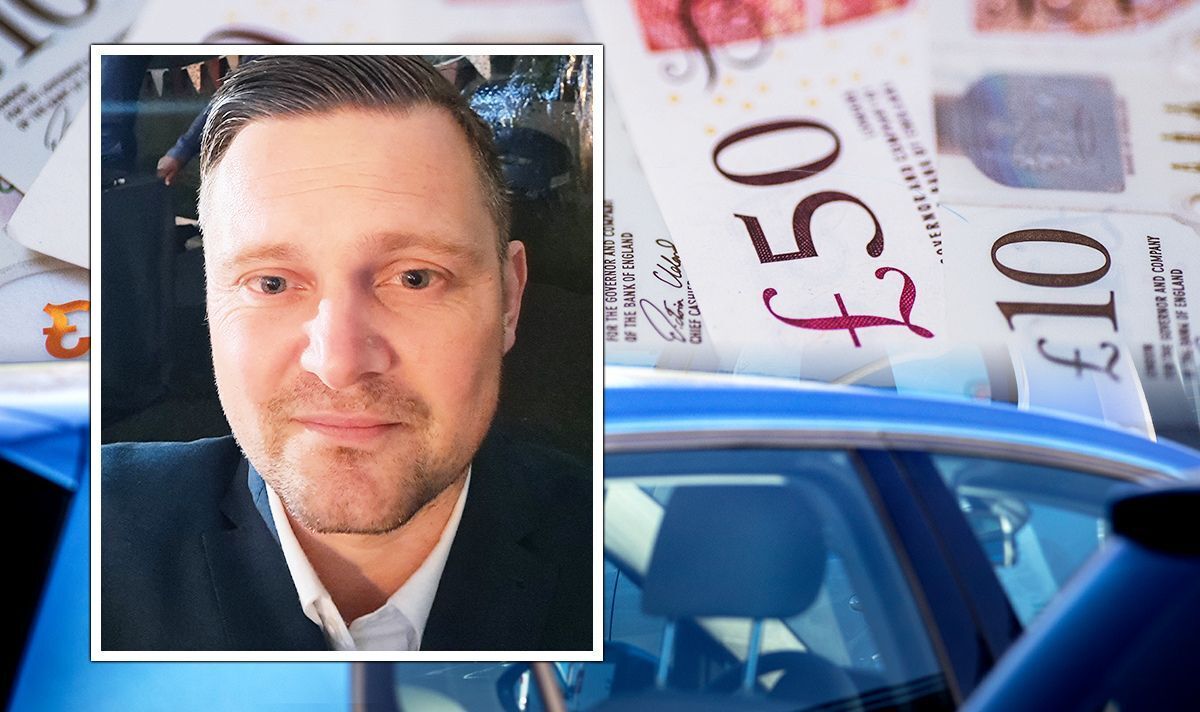 Daniel Knight was 27 and working as a vehicle paint sprayer when he decided to kick start his new career. Now his bold manoeuvre is paying off as he celebrates securing £1million of funding from an “angel” investors.

Dan from Brighton has a lifelong passion for kickboxing, which he picked up from his mother Sue as a child. “She loved the martial arts and did Karate in her younger years.”

As a boy, he used to love settling down on Friday nights to watch Jean-Claude Van Damme movies, and as an adult earned a black belt in kickboxing.

He was keen to turn his hobby into a business, and sold his share in a vehicle repair business to set up kickboxing equipment brand called Sidekick.

But he needed cash to buy stock and the answer turned out to be parked outside his one-bedroom flat.

“I sold the Ford Focus on eBay for £3,000 and used every penny to buy kickboxing stock. By importing from overseas, I knew I would at least generate £10,000 in UK revenues.”

He used the profits to buy more kit and Sidekick “exploded”.

Now Dan sells the full range of kickboxing equipment, including gloves, pads, shin guards, trousers, sports bras, strike shields, and kit for children, too. “I even sell medicine balls, which were a nightmare to carry up to my flat.”

Dan had everything made in either black or pink, so it was available for both men and women, and word quickly spread online.

“I ordered children’s gear with funky flame designs and it was selling quicker than I could get it made. I even had one order on Christmas Day. Someone must have forgotten to buy their kid a present.”

“The money was rolling in and I felt like I couldn’t lose. My mum even said to me: ‘You’re spending like you think you’re already a millionaire’.”

The next step was sponsoring kickboxing, boxing and mixed martial arts (MMA) fight shows, starting by giving away free kit to amateur fighters.

Dan made his breakthrough in 2012, when he sponsored Alex Reid, a former Hollyoaks actor and mixed martial artist, who fought as a cage fighter under the name “Reidanator”.

Reid dated Katie Price and was the winner of Channel 4’s seventh and final series of Celebrity Big Brother in 2010.

Originally, Dan only planned to sponsor his opponent Sam Boo. “Then I thought, imagine sponsoring the former Hollyoaks star live on TV? So I did, and they both came out in matching apparel. It cost me thousands just for that one fight, but it was so worth it.”

He has also been the main sponsor of Andrew Tate, the controversial influencer and former professional kickboxer.

Dan was top of the world, then Covid struck his business a body blow. As the country went into lockdown, sales for kickboxing kit hit the canvas. “I was losing money fast. My only consolation was that all the other brands were going through the same thing.”

After all that hard work, Dan refused to give up. He decided to take the business to an even higher level.

“I spent endless of hours creating content, blogging, optimisation and SEO to drive as much traffic to the store for when everything was back to normal.”

It worked. “The exposure I’ve generated this year has been crazy with millions of views across all channels.”

Now he has found serious backing from “angel investor” Daniel Ellis, a businessman from Wales.

“He’s a great guy. I went to his wedding with my wife Daisy and he had Vernon Kay as the DJ.

Plans include setting up Sidekick gym and training facilities, a potential high street store, and even holding its own fight promotion. “It’s exciting times ahead.”

Then tragedy struck. In January his mother suffered a heart attack at the age of 67. “She passed the next day. Just days before I was sitting with her telling her all my plans.”

Dan had lost his best friend and business mentor. “My mum was my Sidekick and I couldn’t have done it without her.”

Sue had always said keep going in life, and that’s what Dan is doing. “I love my job, the sport and helping others reach their goals too,” he says.

Dan continues to follow his dream, but it wouldn’t have been possible without his mother’s inspiration, and an old Ford Focus.