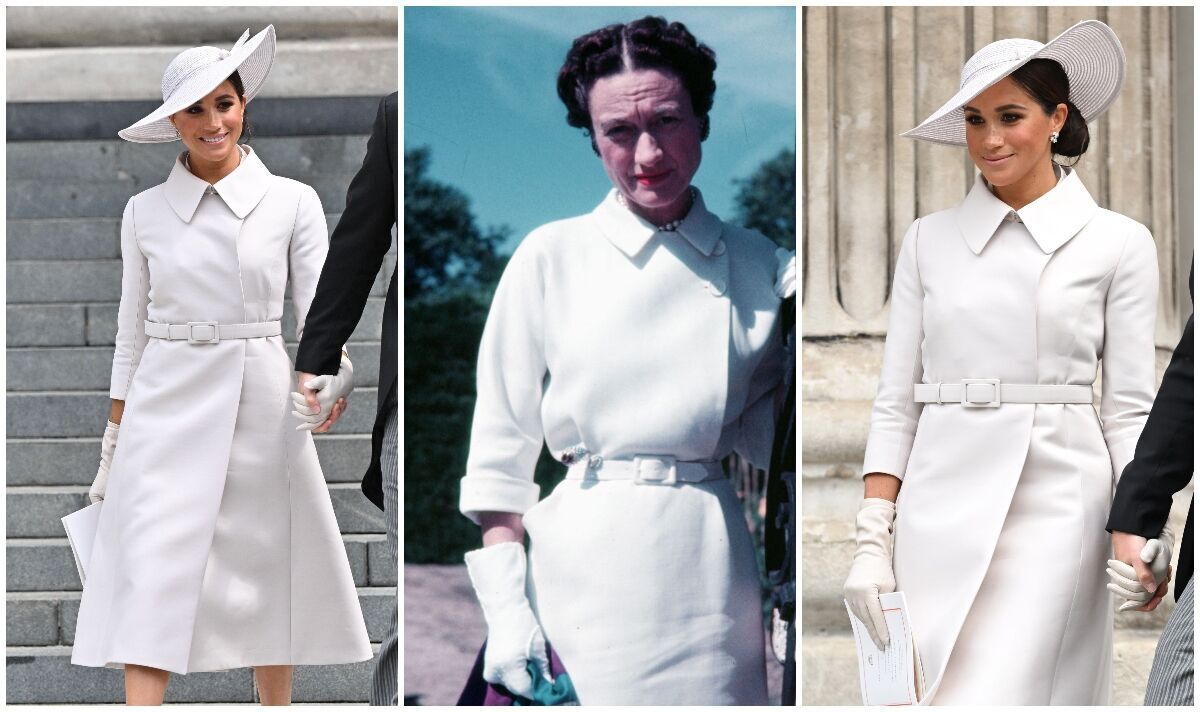 However, the Duchess was not the only royal to have worn this coat dress.

Wallis Simpson, the late wife of King Edward VIII, who abdicated the throne in 1936, also wore an identical coat dress back in the 1950s.

The Duchess of Windsor (as Wallis was known) and the former King left the UK to live in France after Edward was not allowed to be the monarch and marry an American divorcee simultaneously.

It is unknown whether Meghan definitely drew inspiration from Wallis’ dress coat, but the two items are almost identical.