Microsoft this weekend quietly released a new app called Skype Messaging for Windows 10 Mobile. We say “quietly” because it didn’t make an announcement — the company merely added a new listing on the Windows Store.

In July, Microsoft retired its modern Windows app, pushing Windows users to use the desktop version instead. At the same time, the company has said many times it plans to integrate Skype messaging, calling, and video features right into Windows 10.

This is the mobile version of that integration. We presume Microsoft will bundle the universal app when it releases Windows 10 Mobile, and push it out as an updated to Windows 10 for PCs as well, though that has yet to be confirmed. 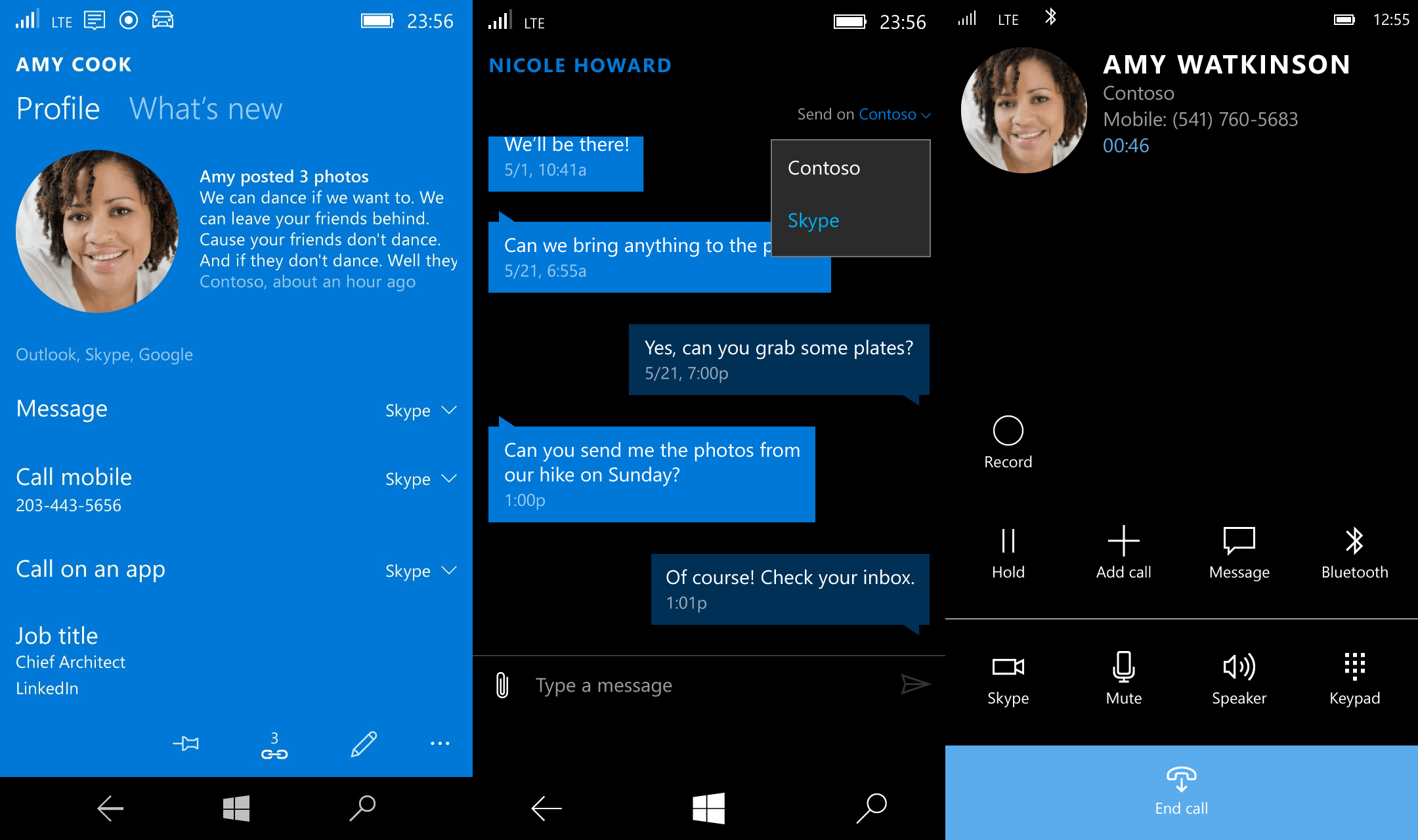 Screenshots of the app leaked out earlier today on Twitter:

The direct Windows Store link then surfaced, allowing anyone with Windows 10 Mobile to grab the beta app — it’s not listed if you search for it in the Windows Store. WMPoweruser was the first to spot the new Windows Store listing and put together a quick hands-on video of the app:

In addition to the fact the app’s appearance came out of nowhere, the Windows Store listing has a few oddities. The screenshots are oddly cropped, and the app is called “Messaging Skype” instead of “Skype Messaging.” And yet, the description uses the latter name:

Skype Messaging, Calling and Video *Preview* is a new way to experience Skype features. It integrates individual Skype features where you’d expect them – Skype messaging into Messaging and Skype calling into Phone apps for the fastest way to make calls and send messages. It also adds quick access to Skype video calling. With Skype built in, you’ll be able to reach anyone who uses Skype on iPhones, Androids, even PCs with just a couple of clicks.

As this is a preview release, we ask that you help us make it better by telling us what’s great and what needs some work. To help us identify issues, we will collect logs so we can investigate. Thanks for participating in our Preview program!

Whether Microsoft intended to push Skype Messaging live now or not, Windows 10 Mobile testers are eagerly trying the app out. It already has nearly 100 reviews, with the larger majority being five stars.

Keep in mind that it’s entirely possible Microsoft will pull this link eventually (it is a long weekend after all), so if you want to try out the new app grab it now.