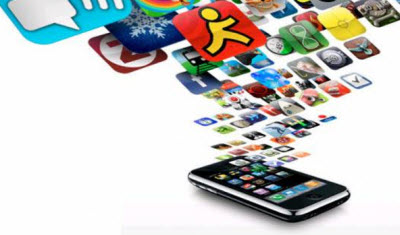 If you’re not reaching, engaging, and monetizing customers on mobile, you’re likely losing them to someone else. Register now for the 8th annual MobileBeat, July 13-14, where the best and brightest will be exploring the latest strategies and tactics in the mobile space.

The web era had SEO. For years mobile was all about App Store rankings. As install fatigue starts to erode the early techniques, what are the new ways to get content discovered and app installed?

One of the newest strategies for app discovery is forming partnerships with OEMs, carriers, and other distributors. As Chris Cunningham of online software distributor IronForge wrote, “The right kind of strategic partnerships between device makers, mobile carriers, and ad networks on the macro level will enable more effective connections between developers and users on the micro level.”

If you are serious about growing your business through mobile, MobileBeat 2015 — coming up on July 13 and 14 in San Francisco — is a must-attend event. Join us to learn from case studies from the largest brands and most disruptive mobile technology companies. Network with the industry’s most innovative thought leaders and brands. Discover cutting-edge findings based on the world’s deepest research in mobile marketing that you can only find at MobileBeat.

Most mobile users have 50 to 80 apps on their phone, and spend 80 percent of their time in only 5 to 7 of them. How and when can you capture their attention and intent to get them to install and use a new one? At the breakout session “Mobile content discovery redux” on the first day of MobileBeat 2015, practitioners from Yelp, URX, and Yummly will discuss deep linking, app indexing, partnerships, OEMs, carriers, and the evolving IM app platforms.

Eric Singley joined Yelp in November 2007 as a Product Manager focused primarily on Yelp’s search and consumer products. Starting in 2008, he was the first product manager and designer for Yelp’s apps for iPhone, Android, and iPad. He now oversees all of Yelp’s consumer-facing products including mobile, web, search and international. Prior to Yelp, he worked as a product manager, UI designer and software engineer. Singley holds a B.S. in Computing & Information Systems and a minor in Psychology from Northwestern University.

John Milinovich is a cofounder and CEO of URX, the deep link pioneer that helps people discover apps for the content and functionality inside them. Prior to URX, he was on the Google Analytics Developer Relations team where he helped drive adoption of the Analytics API across Google’s developer ecosystem. Milinovich graduated from UCLA in 2010 with degrees in Architecture and Accounting. An entrepreneur at heart, he was bit by the startup bug since his first venture, a Pokemon card marketplace. In his free time, he enjoys wandering around new cities and listening to books on tape.

Brian Witlin, COO and Mobile Lead at Yummly, is a serial entrepreneur and award winning design leader who has cofounded and led three companies to successful acquisitions. Prior to his tenure at Yummly, Witlin served as the CEO and Founder of ShopWell, the first truly personalized nutrition resource on the iPhone and web (acquired by HarvestMark). Witlin holds a Lecturer position at Stanford University’s Hasso Platner Institute of Design, serves as a startup mentor at 500 Startups, and works with a portfolio of startups including Directly, Zeel, DiamondMMA, and IDEO’s Entrepreneurship Initiative. He has also formerly held EIR (Entrepreneur in Residence) positions at IDEO and StartX.