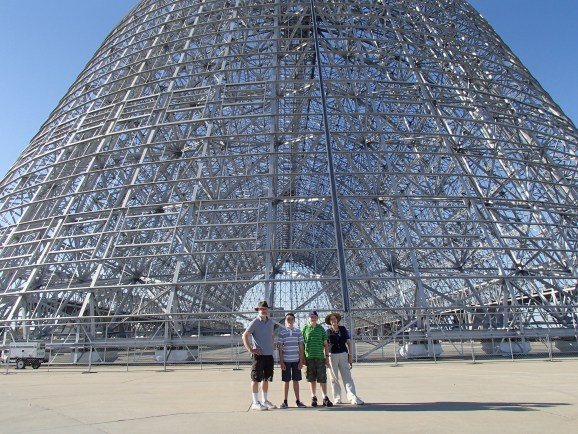 NASA today sent out invitations to journalists for a tour of its Quantum Artificial Intelligence Laboratory, a joint project with NASA, Google, and the Universities Space Research Association located at NASA Ames Research Center in Silicon Valley.

Media will be able to photograph the quantum computing hardware at the facility for the first time, according to the invitation. In contrast to classical computers, which deal in bits, each of which carries a value of either zero or one, quantum computing systems work with quantum bits, or qubits, each of which can be zero or one or both. The superposition of these qubits can allow great numbers of computations to be performed simultaneously, making a quantum computer highly desirable for certain types of processes.

“Researchers on NASA’s QuAIL team are using the system to investigate areas where quantum algorithms might someday dramatically improve the agency’s ability to solve difficult optimization problems in aeronautics, Earth and space sciences, and space exploration,” the invitation says.

Hartmut Neven, a director of engineering from the Google Quantum Artificial Intelligence Lab Team, will be participating in a panel discussion during the event, according to the invitation. Google has only offered occasional glimpses at its quantum computing work in the past couple of years.

Google and NASA first announced its efforts around its quantum computing in May 2013. Originally the initiative was based around a quantum computer from startup D-Wave Systems, but since then Google has broadened it to include building its own quantum chips.

Of course I’ll be attending next month’s event. So you can expect a dispatch on the latest on quantum computing from NASA and Google at that time.