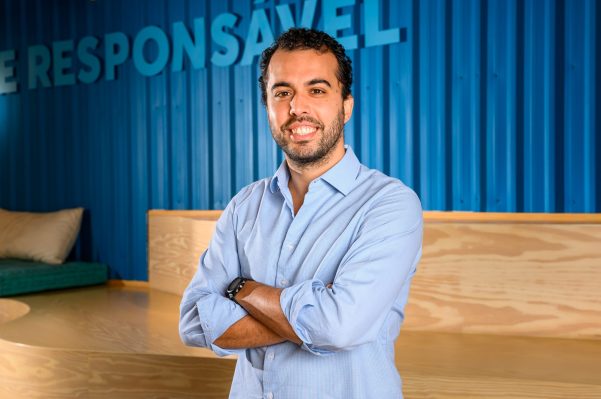 When Pedro Conrade started Brazilian digital bank Neon in 2016, he was a 23-year-old business school student who was frustrated with the service and costs associated with traditional banking in his country.

“I used to make $300 in a month to pay $200 a year in banking,” he recalls. “It was super expensive, and the service was terrible. I had a catastrophic relationship with incumbent banks.”

As many entrepreneurs do, Conrade set out to solve for a pain point that he was experiencing: a lack of affordable and accessible financial services. He founded Neon specifically with the mission of decreasing inequality in Brazil, which is known for having a large gap between the wealthier members of its population and lower income residents. Its focus is on the underbanked population of the Brazilian working class.

“I wanted to help underserved people in Brazil and offer them financial education, and a better relationship with banks,” he told TechCrunch in his first interview with a U.S. publication. “We started out by offering a prepaid card connected to a mobile app, so they could have a better understanding of their expenses.”

Conrade claims that Neon was the first digital bank in Brazil to not charge any fees — monthly or transaction, or otherwise.

“We essentially give them back $200 a year that they would be paying to another bank, while helping them better understand their financial life, access credit for the first time in their lives — and the cheapest credit out there at that,” he said.

Conrade realized at one point that if Neon was going to become the primary relationship for customers, it needed to be more than a pure digital account. So it added several products such as credit cards, personal loans, payroll loans, cashback in debit and various forms of payment.

“We are the biggest player for payroll loans in Brazil, competing with big banks already,” Conrade said. “In our segment, if we try to give unsecured credit, it would be tough to increase more than 50% penetration.”

Neon’s approach seems to be resonating with the Brazilian population, if the startup’s growth and funding history are any indication.

In February, Neon raised a $300 million Series D financing that valued the company at $1.6 billion, officially giving it unicorn status. Spain’s BBVA provided the whole amount, which is notable, considering that it is one of the largest financial institutions in the world. According to Conrade, BBVA’s condition upon investing was that it take the whole round.

“I had to tell other firms no,” Conrade explains. “But we see them as a great partnership. They are a pure minority investor but we view them as very strategic and different from VCs and private equities in that they have a lot of knowledge, especially in Latin America and credit business investment.”

In a statement at the time, BBVA chairman Carlos Torres Vila said that Neon “has proven to have an offering that is connected to Brazilians’ financial needs, “as its customer acquisition figures demonstrate. In addition, it has the capacity to continue growing quickly, considering how it launches products with such agility in a market with as much potential as Brazil.”

So, just how quickly has it grown? Its metrics are impressive. The fintech today has close to 16 million clients that are split between two segments: consumer and micro-entrepreneurs. The former makes up 70% of its customer base, and the latter 30%. For the solopreneurs, Neon offers more than just banking services but QuickBook-like accounting services as well.

“I believe we are the only bank in Brazil focused on this segment,” Conrade said. “So we’re shaping our product to serve them better.”

While Conrade declined to reveal hard revenue figures, he did share that Neon grew its revenue by 3x in 2021 and he expects that the company will at least more than double it this year. Also last year, Neon doubled its employee base from 800 to 1,600 employees, and expects to hire an additional 700 employees this year. Overall, Neon has raised $726 million to date with backers such as BlackRock, General Atlantic, Monashees, PayPal, Quona Capital, Vulcan Capital and others. Today, it has 1,800 employees. It has grown in part through a number of strategic acquisitions that were designed to bolster its offerings. 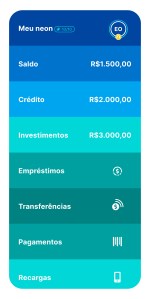 “We intend to become the largest bank for the average worker and low-income population in Brazil,” Conrade explained. “We’re a purpose-driven company. Every time we hire senior management from incumbents, they ask why we’re not going after premium clients, who might have better margins. I tell them, ‘We’re not here for this. We want to focus on this particular segment, and help them be better served.’”

One of the ways that Neon hopes to achieve its goals is to help its customers build their credit history. For example, it offers them a savings feature if they, say, pay their utility bill three times in a row. It also has an investment product that Conrade describes as “super simple” to use.

Neon makes its money in two parts — 50% in interest accrual from its credit businesses and 50% from interchange and floating.

The company is not yet profitable, as it has been focused on growth, but Conrade does expect it is moving in the “direction of becoming profitable soon.”

Moving forward, the founder is eager to tap into the tech talent in the U.S. with its new flexible hybrid work model. Neon plans to also enter new business verticals like insurance and other credit alternatives such as loans and guarantees.

“We view constant use of data intelligence as an important tool to grant more credit, making it possible to know even more customers and help them improve their scores,” Conrade said.