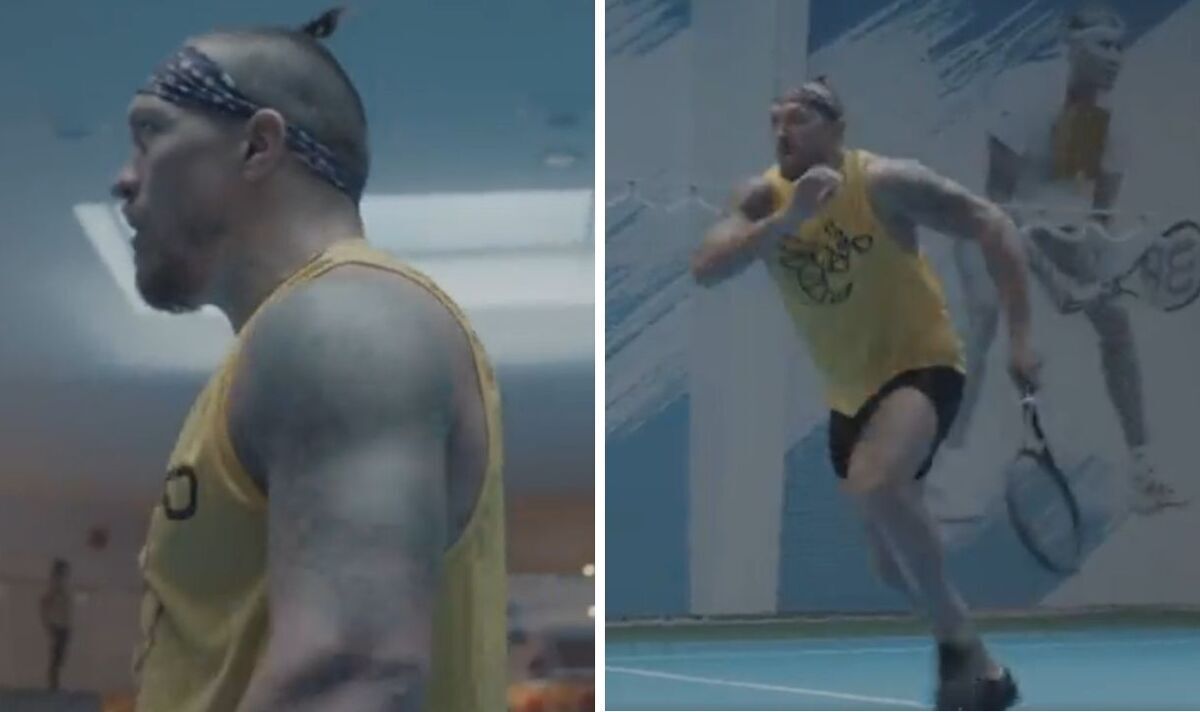 Dave Coldwell believes Oleksandr Usyk’s added muscle mass will be more of a hindrance than a help when he faces Anthony Joshua again on August 20. The boxing trainer expects the Ukrainian to lose speed and mobility if he comes in considerably heavier as recent videos suggest.

Sky Sports Boxing posted a video last week on Twitter of the former undisputed cruiserweight champion playing tennis with his team, in which ‘The Cat’ appeared to be much bulkier than ever before. Sporting a yellow tank top and bulging muscles, fans were left stunned by Usyk’s new physique.

Underneath the video, the comment section was flooded with warnings to Joshua with many suggesting he would ‘will not see the final bell’. But Coldwell believes this transformation will benefit the Watford powerhouse and his gameplan.

He told Express Sport: “From an Usyk point of view, I get that he is going to be more aggressive and look to land bigger shots but with his mobility and speed being his two greatest assets they will take a hit. It’s going to slow him down, if you’re losing speed, you’re giving more options to be hit and not only that I believe that AJ really needs to focus on going to Usyk’s body to take away his legs.

“But you don’t know how old that video clip is, I’ve got stuff on my camera roll of my boxers in the early days of camp which I could put out and people would say ‘wow, that’s him now?’ and it’s not, so you have to take things with a pinch of salt but if that’s right now then it’s almost another twist and turn in the analysis of this fight.”

Coming into the contest, Joshua is expected to adopt a more aggressive approach and use his size and strength advantage to bully his smaller foe. The consensus path to victory for Usyk is to carry on from his September showing by jabbing and moving his way to victory but with more weight, there is a worry that ‘AJ’ will be able to walk him down and get his work off in the Saudi heat.