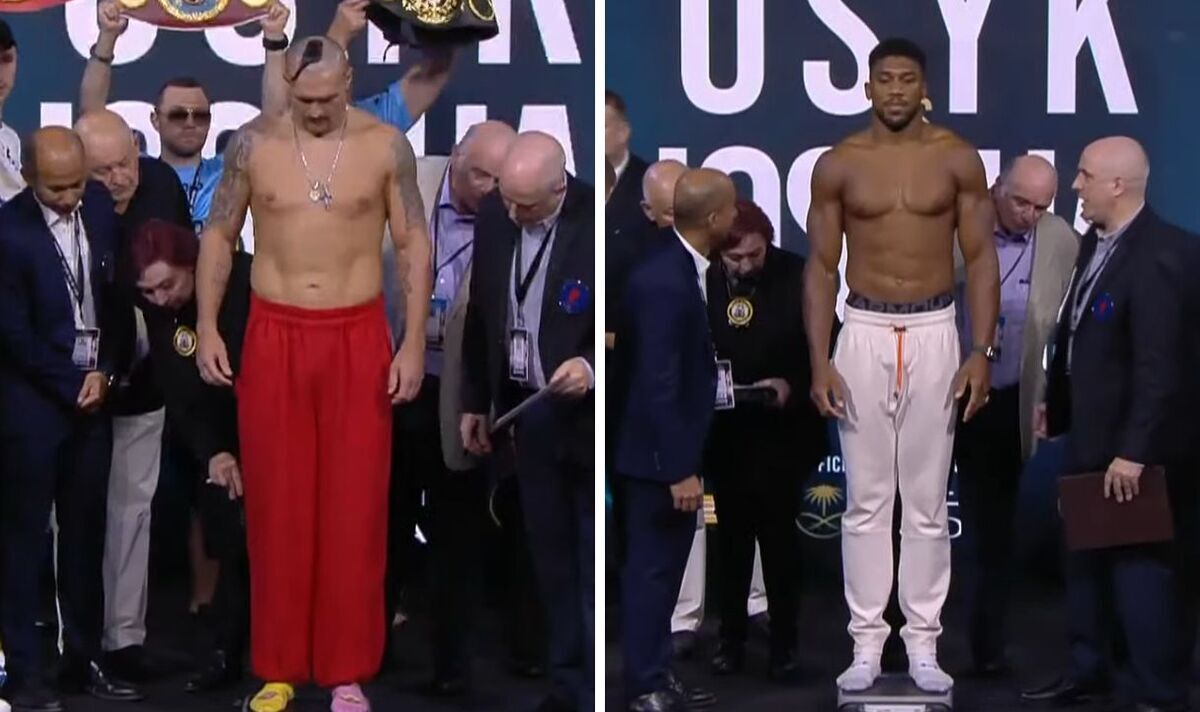 Reports began to circulate that the Ukrainian was coming in much bigger after videos emerged online showing what appeared to be a far more muscular Usyk in training camp.

Then, Amir Khan added further fuel to the fire when he claimed that Usyk had told him that he was up 15kg since his last meeting with the Watford powerhouse. But the numbers suggest otherwise.

Although technically still a career-heaviest weight for Usyk, expectations of a muscle-bound 250lb behemoth have been shattered.

In response to the result, Usyk said during Friday’s weigh-in: ”You see your expectations are not met every time.”