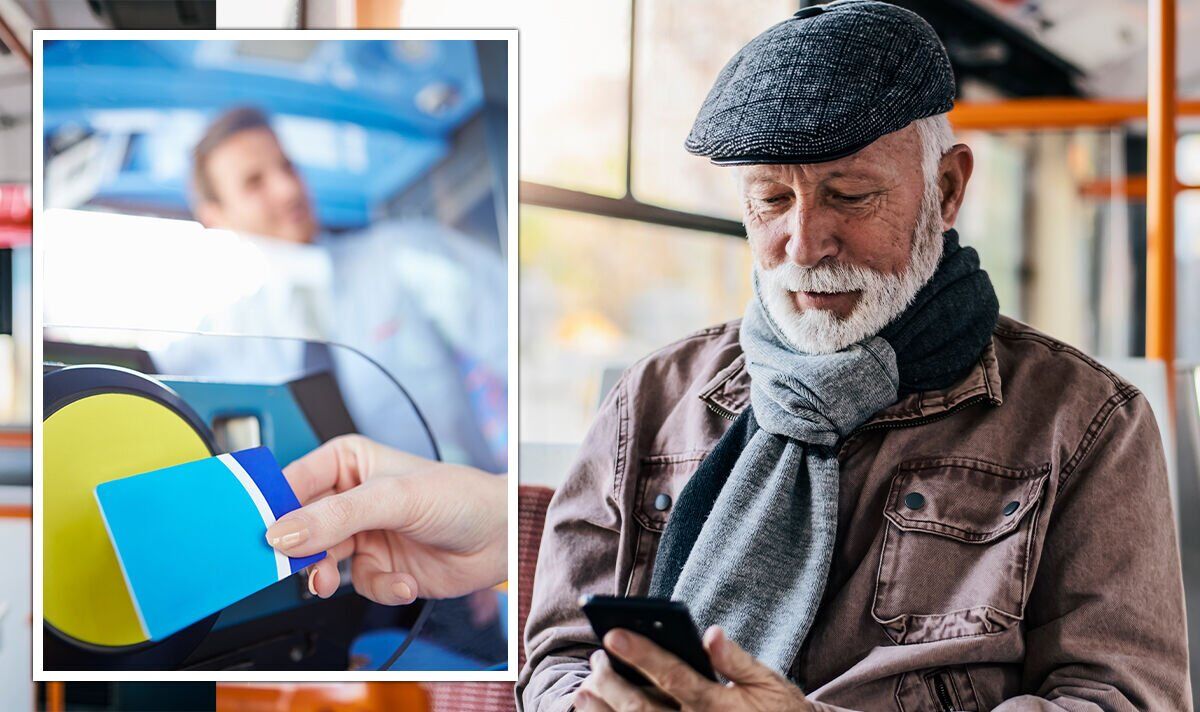 Britons face waiting longer to receive their free bus pass if changes next year go ahead. Currently, people in England are entitled to a free bus pass when they reach state pension age – which is 66 at the moment.

If these changes come into effect even earlier, millions of pensioners who are awaiting this benefit could be forced to continue paying travel fees which could be crucial for those on low incomes.

Currently, those who live in Scotland, Wales, and Northern Ireland can get a free bus pass at the age of 60. Over 60s in England may get a free pass for local travel where they live, such as residents in London.

This is because devolved nations have control over their own travel policy.

READ MORE: Martin Lewis shares ‘only reason’ you need an ISA as he explains how to ‘earn even more’

As part of the state pension, those who claim it become entitled to various other free benefits, which include the free bus pass.

Financial experts are warning that the promised state pension age changes could hurt those worse off in society.

Tom Selby, Head of Retirement Policy at AJ Bell, outlined how pensioners face being pushed into even greater poverty.

Mr Selby said: “For those on very low incomes, increasing the state pension age by just a year can be enough to push people into serious financial turmoil.

“And while there are ways to replace at least part of this lost income – either via in-work benefits, from your private pension pot or by working longer – the evidence suggests lots of people are either unable or unwilling to go down this road.

“As a result, millions of people saw their state pension income plummet by £142 per week on average, or over £7,000 during the year.

“Even taking into account increases in private income, on average net income plummeted by £108 per week.

“For anyone already struggling to make ends meet, missing out on thousands of pounds in pension income will inevitably force them into making painful budgeting choices in order to survive.”

On its website, Entitledto shares who is able to benefit from the free bus pass and who is in charge of administering it.

The organisation stated: “Everyone over state pension age and eligible disabled people are entitled to free off-peak local bus travel anywhere in England.

“Local authorities can offer further benefits to their residents and in some areas you can get a pass for free travel if you are over the age of 60 so it is best to check local information.

“Off-peak travel is when you travel any time between 9.30am and 11pm (midnight in some areas) Monday to Friday, and all day at weekends and on public holidays.

“Some local authorities also allow travel in the morning rush hour and in some areas passes can also be used on trams, trains or taxis.”

This review, however, will consider whether the increase to age 68 should be brought forward.

If accepted, it would mean the state pension age would rise to 68 between 2037 and 2039 – with widespread impacts for Britons.

It could see people working longer than they originally expected before being able to claim the state pension.