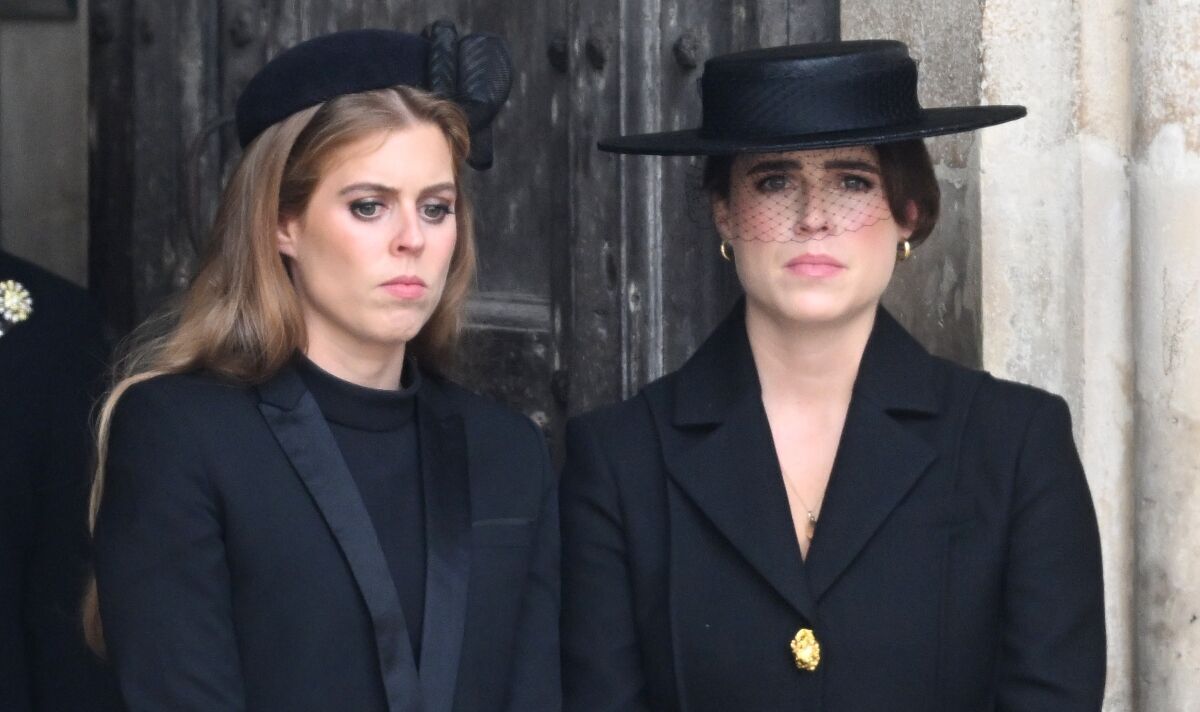 Princess Eugenie, 32, wore a Day Birger et Mikkelsen dress at Queen Elizabeth’s funeral that would set royal fans back £615. The Ella double wool twill coat in black features a “notched lapel, large textured gold buttons, and a full lining” according to the website. But what jewellery did the Princess wear?

He said: “All the jewellery worn by female members of the Royal Family at the late Queen’s funeral encapsulate notions of enduring love and admiration.”

However, not all royal women wore jewellery, and some made interesting jewellery choices that made them stand out in the crowd according to the expert.

“This was despite most royal women wearing pearls,” the expert noted.

Was this a break from royal tradition for Princess Eugenie?

Tobias explained: “Pearls have traditionally been connected to mourning, ever since Queen Victoria wore only black and pearls after the death of her husband.

What jewellery did other royal women wear?

Tobias said: “Lady Sarah Chatto, the late Queen’s niece, wore diamond earrings and a pearl bracelet, but the main tribute to her inextricable connection with the Queen is the brooch she chose to wear.

“Sarah wore one of the Snowdon Diamond Floral Brooches, which was also present on her wedding tiara. This was originally gifted to her by her late Mother, Princess Margaret, for her wedding.

“Margaret too received it as a wedding gift, from her husband in 1960 and wore it numerous times in her lifetime, including at the late Queen’s 60th birthday celebration in 1986.

“Sarah also wore one of the brooches during the golden wedding anniversary of Elizabeth and Philip in 1997, as well as to her mother’s funeral in 2002.”

How did Sophie Wessex and Lady Louise Windsor accessorise?

Tobias added: “Sophie Wessex similarly chose to wear a brooch. The Queen herself rarely went out without a brooch, so it could certainly be seen as an enduring connection to her.

“This brooch had two strawberries of black and silver diamonds. It has been suggested that one of the Queen’s favourite fruits was British strawberries, so there may be a hidden meaning in her choice of jewellery.

“Similarly, Sarah Ferguson wore a brooch in the shape of a swallow. Swallows are claimed to be symbols of safety and traditionally helped guide sailors home. This could suggest a loving message as the late Queen embarked on the historic journey to her final resting place.

“Lady Louise Windsor wore a silver necklace with a horse-head-shaped pendant as a tribute to the late Queen who adored horses. Similarly, Princess Charlotte wore a horseshoe-shaped brooch, which was gifted to her by the Queen.”

How did Camilla accessorise?