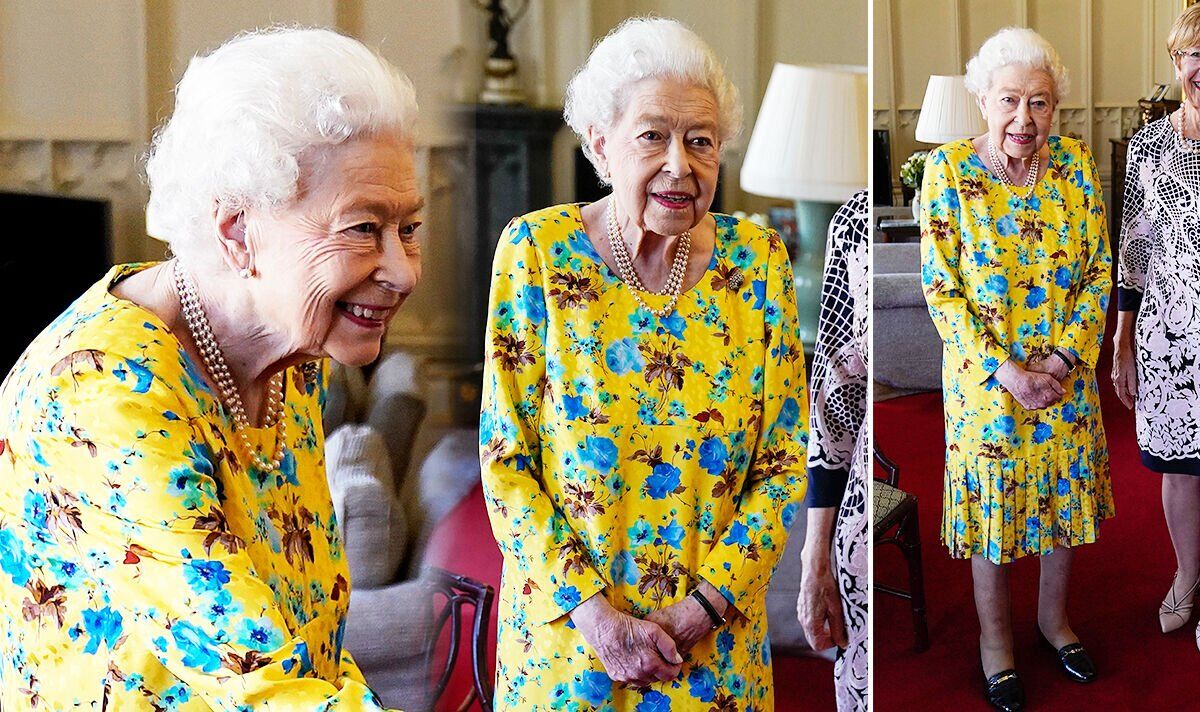 Queen Elizabeth, 96, looks ravishing in a knee length yellow dress with blue flowers. The bold dress features long sleeves and looks perfect on Her Majesty. This appearance comes just one day after the Queen showed off her shorter haircut.

The Queen’s dress featured a pleated section on its hem which finished just at her knees.

The monarch could also be seen wearing her patent leather black loafers from Gucci.

Her Majesty has been a fan of her Gucci loafers for quite some time.

She has been wearing them since before the Italian fashion label’s major resurgence.

This is partly because they look just like her patent leather Anello & Davide loafers which she loved wearing.

This perfectly matched her stud pearl earrings for the occasion.

The Queen is a well known lover of lipstick.

She has long been a fan of Elizabeth Arden’s lipsticks.

The brand has held a royal warrant for over 55 years.