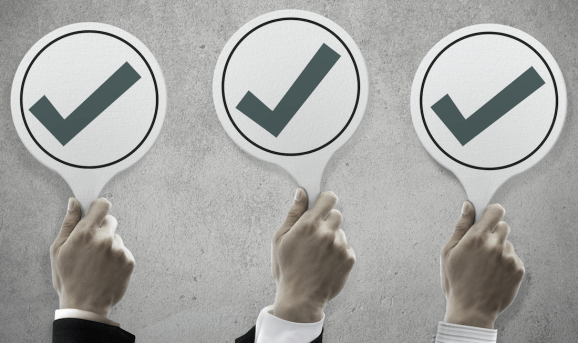 G2 Crowd, which provides reviews of other companies’ software products, has itself passed muster sufficiently to announce today it has received $ 7 million in new investment.

The Highland Park, Illinois-based company bases its product reviews on assessments in which “real users [share] their experiences with each other,” company cofounder and CEO Tim Handorf told me via email.

The detailed reports include a Grid, where products that have received the most user reports in a category are visually scored among four quadrants — Leaders, High Performers, Contenders, and Niche. The visual placement and ratings are positioned along two axes — Satisfaction, as discerned from user reviews, and Market Presence, determined by info in user reviews as well as vendor size, market share, and social media impact. 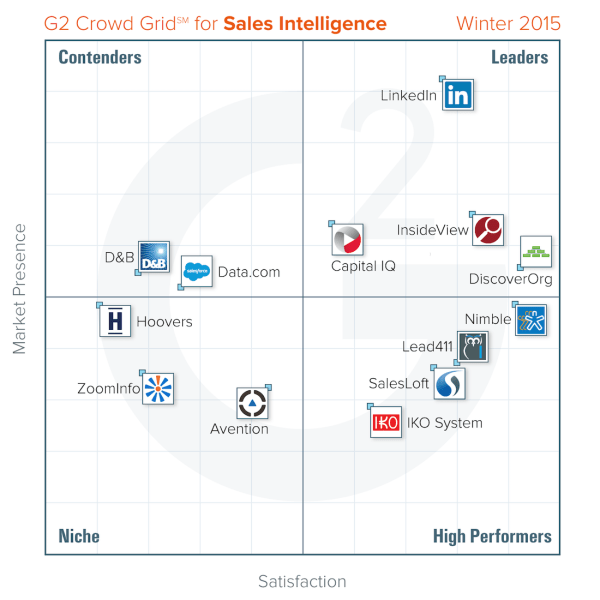 Above: A G2 Crowd report Grid, in this case for Sales Intelligence tools.

But G2 Crowd is unique, Handorf said, because of “the breadth and depth of the content,” which currently comprises 37,000 user reviews across 14,000 business software products, as well as “the unique combination of user-supplied content with social data.” The company says its category reports are read by over 300,000 software buyers monthly.

Online user reviews are powerful, but tricky. Blueshift Research has found, for example, that 70 percent of consumers trust online reviews, and there is every reason to believe business users are similarly inclined.

And yet the Web is teeming with fake reviews. Some reports have pegged as many as a third of the reviews on Yelp and other such sites as fakes, sometimes planted by the reviewed companies themselves or by competitors.

G2 Crowd told me that when a new report is planned, it gets in touch with self-identified users of that tool, as indicated by social posts and the like. It also contacts experts in a chosen category, such as social management tools, and asks them to write a review.

The review site says it gets higher rates of survey participation if it offers $ 25 Amazon gift cards to an initial batch of respondents, such as the first 20.

VB just released Marketing automation: How to make the right buying decision (the first time)
$ 299 on VB Insight, or free with your martech subscription

G2 Crowd also gets in touch with all the vendors in the category, encouraging them to have their customers fill out the surveys. Handorf said there are “a couple of rules, [like] ‘you can’t control the content’ [and] ‘you have to ask for an authentic review.’ ” He added that some vendors, such as HubSpot, get very involved in finding customers and encouraging them to write reviews.

Sometimes, a vendor will say, “ ‘would you reach out for us?’ ” Handorf said. “ ‘If we give you a customer list, would you send out the emails for us?’ ”

The list might contain a thousand customers, so G2 Crowd will tell the vendor they can’t offer more than, say, 20 gift cards. A vendor might then pay for 100 gift cards for the first 100 reviewers, which would include the 20 that G2 Crowd might otherwise send.

He added that the company does not accept any money beyond the exact amount to pay for those cards. The site then sends an email to potential review contributors, offering gift cards to the first batch of respondents and asking for “unbiased, authentic reviews” of the product.

“The gift card is from G2 Crowd and your eligibility to receive it is in no way conditioned on the content of your review,” says the email, a copy of which was shared with VentureBeat.

The number of reviews is only one of about 50 factors in determining ratings.

“What we find,” Handorf said, “is if we don’t [count the number of reviews], the vendors will get [some] customers to write strong reviews,” which would tilt the results. Early on, he said, they found “some vendors would get 10, 15 reviews and stop.”

“All things being equal,” he said, “the number of reviews will make a difference in the rating,” but a slight one. The G2 site indicates the methodology used to determine scoring along the axes of Satisfaction and Market Presence.

Handorf added that if “somebody has 50 reviews with 3 stars versus somebody with 25 reviews with 5 stars,” the one with the 25 reviews/5 stars would be ahead.

He declined to be more specific about G2’s overall algorithm, so as not to give hints on how vendors could influence it. He noted that newer reviews count more than older ones.

Since its founding in the summer of 2012, the Highland Park, Illinois-based company has raised a total of about $ 12 million.

The new funding will be used to expand into new technology categories, add info to the categories currently covered, and better utilize data to help technology buyers.