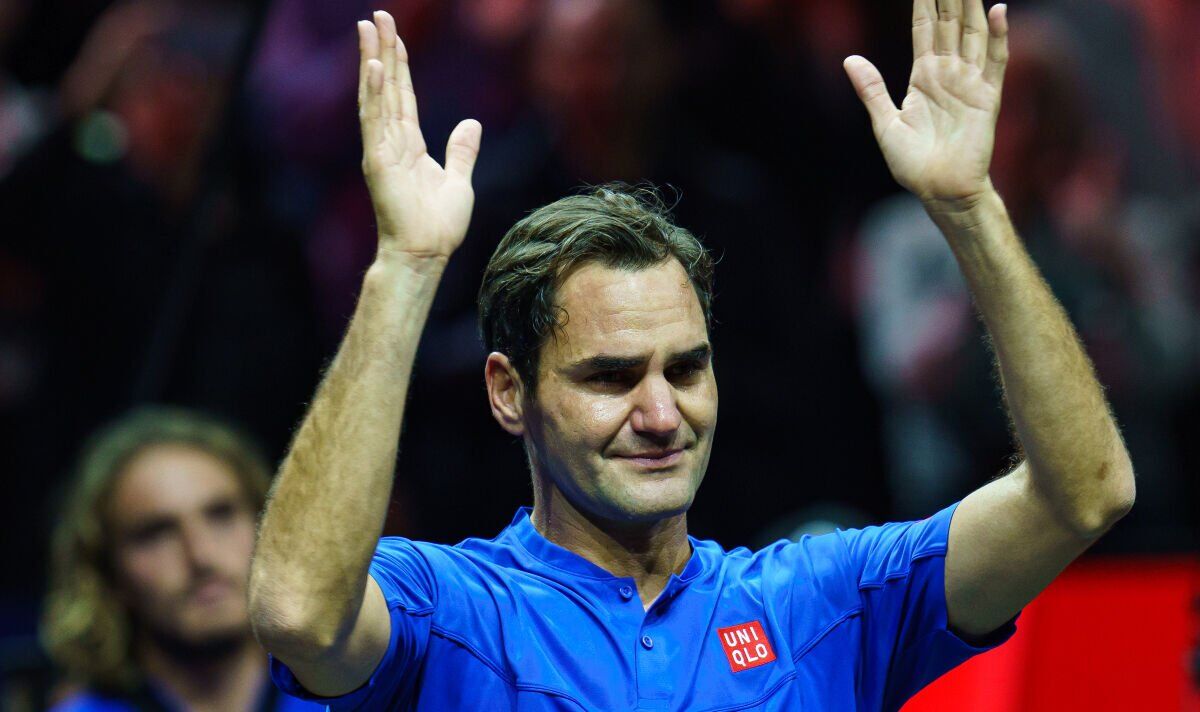 Roger Federer’s retirement from tennis will make the sport more “boring”, despite the fact his friendly rivals Rafael Nadal and Novak Djokovic are set to continue playing. That is the opinion of former tennis player Yannick Noah, who believes that the modern form of tennis will be less entertaining without the tennis star.

The Swiss legend brought his glittering career to an end after 24 years as a professional, having collected an incredible haul of 20 Grand Slam titles and 103 on the entire ATP Tour. Towards the end of his career, Federer sustained recurring knee injuries which forced him to undergo surgery and last made an appearance at a Major at Wimbledon in 2021.

Federer’s farewell appearance came last Friday at the Laver Cup when he partnered up with Nadal in the men’s doubles. The pair lost out in three sets to Frances Tiafoe and Jack Sock and the emotional impact of one of tennis’ all-time greats leaving the sport caused several players, including Federer and Nadal, to break down in tears after the match.

And Noah, who is currently the captain of France’s Davis Cup and Billie Jean King Cup teams, believes the sport is becoming increasingly more boring to watch without him, even labelling fellow legends Djokovic and Nadal “predictable” and hitting out at Alexander Zverev for not being vocal enough.

“Everything is boring now. Don’t get me wrong, Nadal and Djokovic are phenomenal, but predictable,” told Serbian outlet Alo! “What is Zverev’s voice [like]? I don’t know, [I have] never heard [it].

“I wish there were microphones everywhere so those players could express themselves. I would like them to laugh, scream, joke, cry. Seeing Federer and Nadal crying hand in hand is the best thing because they express their humanity.”

It is fair to say that Noah, a one-time Grand Slam winner, has some authority in assessing the state of tennis. The 62-year-old was inducted into the International Tennis Hall of Fame in 1995 and is likely to be joined there by Federer in five years’ time as per the rules of eligibility.

LATEST TENNIS NEWS
Federer had ‘problematic’ ability to surprise opponents every time
Nadal admits Federer situation ‘got out of hand’
Federer says Nadal, Djokovic and Murray made farewell a ‘movie’

Federer’s classic and elegant style is rare to come by in the modern game as tennis players receive new methods of coaching. And Noah fears he is the last of a dying breed in tennis, using John McEnroe and Ilie Nastase as examples of how the game has evolved.

“Will anyone be able to replace Federer? No, no one replaced Laver or McEnroe. Someone will bring something new,” he added. “People tend to comment on sports by looking only at the results. They do not realise that it is a key component of spectacle and drama. Technical and athletic elements are secondary.

“When Roger played, you knew something was going to happen. Someone else will come, but it will be different. I liked when he went to the net because it shortened the points. You have to throw your cards on the table without holding them in your hand for too long.”