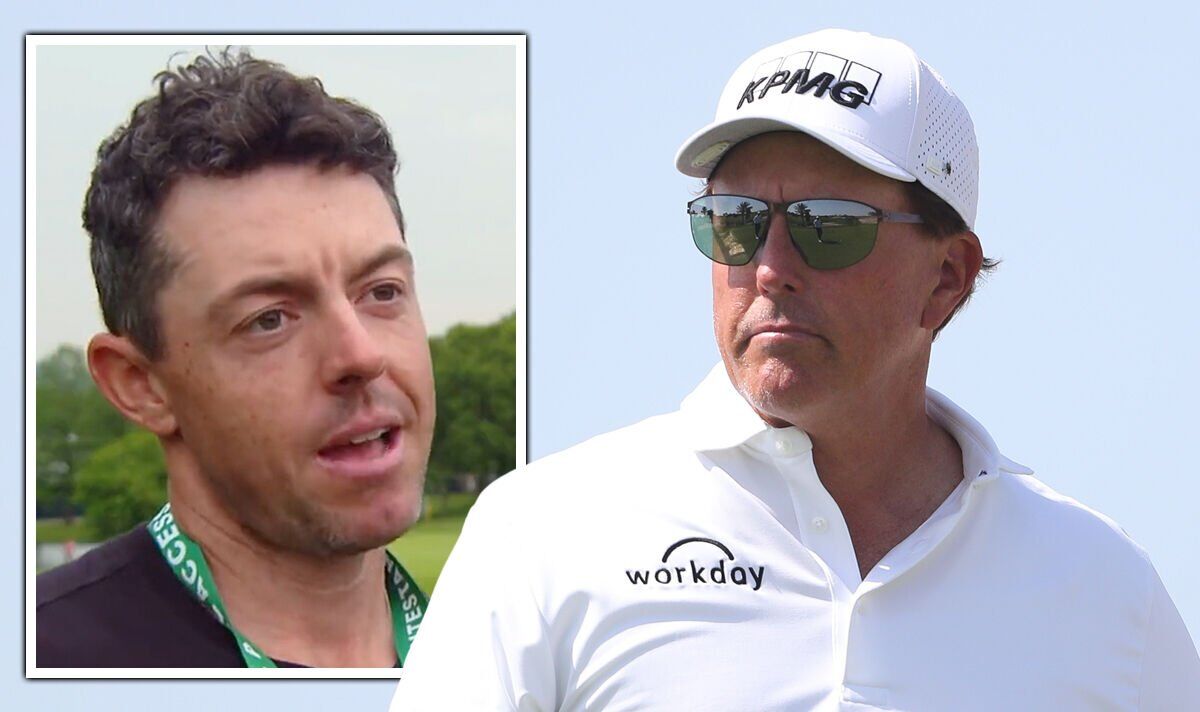 Rory McIlroy has made a U-turn on his opinion surrounding Phil Mickelson’s Saudi Golf League stance ahead of this week’s PGA Championship. The second major of the year kicks off on Thursday but will do so without defending champion Mickelson.

The 51-year-old made history at the championship last year, becoming the oldest-ever champion at a major. Twelve months on, though, Mickelson finds his once glittering legacy in tatters following a number of controversial comments about the state of Saudi Arabia, and the newly introduced LIV Golf Series.

Amid plenty of scrutiny the six-time major champion announced that he would be taking some time away from the PGA Tour, which saw him miss last month’s Masters. Despite his time away, Mickelson announced earlier this month that he would be heading to Southern Hills to defend his PGA Championship crown, but then went on to retract his entry just a week before the event.

The ongoing saga surrounding the Saudi-backed series continues to rumble on it has cast a shadow over the second major of the year. One man who will be in Oklahoma competing is two-time winner McIlroy, a man who initially came down hard on Mickelson and the breakaway circuit.

McIlroy continued: “I came out a little strongly against him at the start, but then my stance has definitely softened over the last few months, and you know Phil Mickelson has been a legend of our game for the last 30 years, and I certainly don’t think he should be shut out of the game.

“I think whenever he comes back he should be I guess… maybe a little bit more gracious is maybe the word. He said some bad things, and offended some people but I don’t think that makes it right to totally shut him out of the game of golf. I think he will be welcomed back and I think a lot of players will be happy to see him back, but that will all be in his own time. Whether that’s in the States, on the PGA Tour, in London with LIV in a couple of weeks time, that is his decision.”