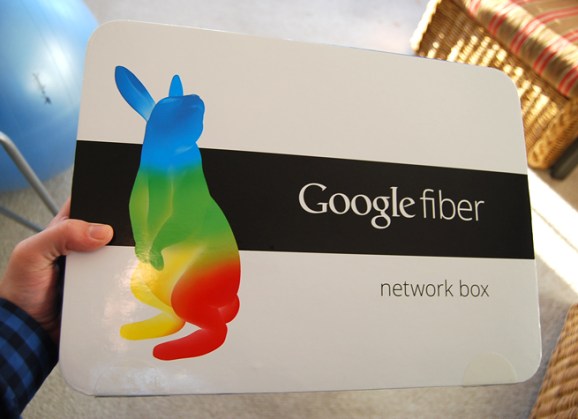 The siren call of 1,000 megabits-per-second attracts a company that could really use it.

At SWSX in Austin, Texas today, supercomputer cloud gaming company Shinra Technologies announced that its technical beta will begin in the U.S. later this year and that those with Google Fiber in Kansas City will be among the first to get access to it. Since Google started laying the infrastructure for Fiber service in 2012, the city has welcomed several startups to the area that would stand to benefit from the groundbreaking service.

Shinra’s goal of harnessing supercomputers in the cloud for gaming purposes is still in its earliest stages, but access to Kansas City’s Fiber will let it test some of its biggest ideas, which include massive online games that can measure 20 miles square with tens of thousands of unique characters. Some of these experiences are on display this week at Austin’s Google Fiber Space, the company announced. Shinra’s flying dragon R&D demo and other streaming experiences will be available for visitors to the space this through March 17 in Austin.

Shinra says that registration for the technical beta test will open this summer for Kansas City Google Fiber users and that it will announce dates and games in the coming months.

The company will likely start small when the beta launches in the U.S. this summer, probably streaming existing games from the cloud. The New York-based Shinra (a subsidiary of Square Enix) began testing in Japan with a number of publisher’s popular titles earlier this year, including role-playing hit Final Fantasy VII. This streaming beta was made possible through the Shinra’s capability to directly access the high-speed fiber networks of Japanese companies NTT East and Techorus Corporation. Access to Google Fiber will let the company begin a similar beta in the U.S.