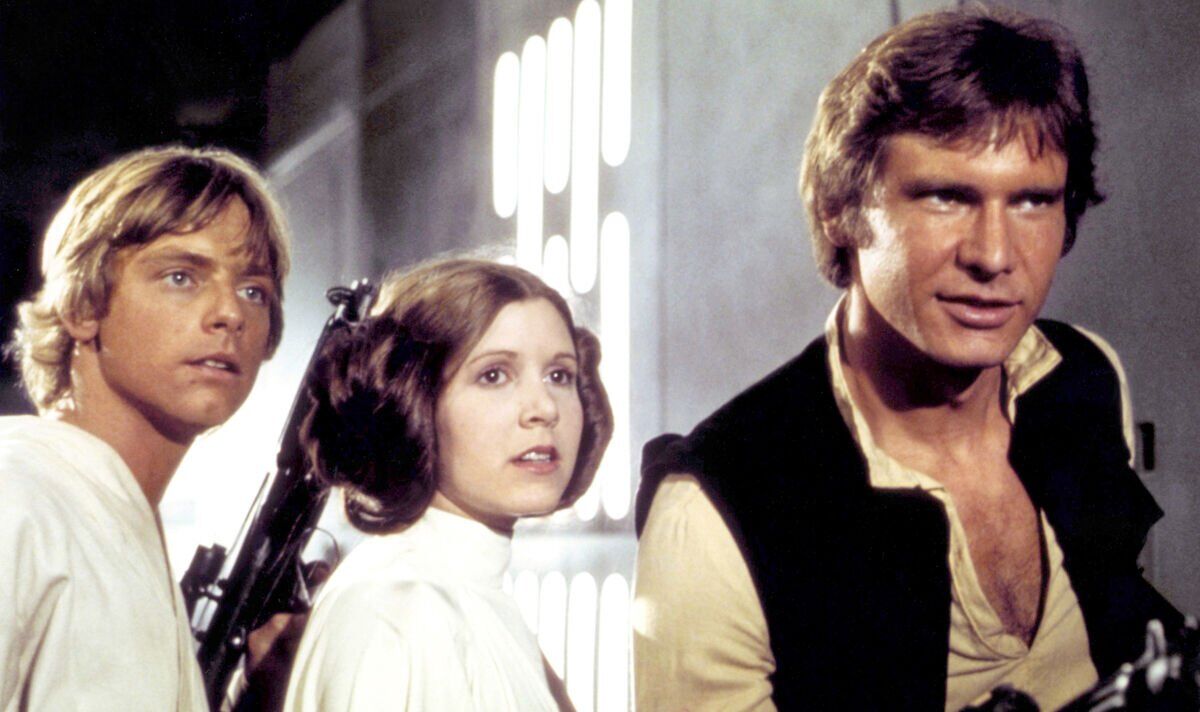 The Marvel Cinematic Universe has introduced some major players into the series through Disney Plus this year, including She-Hulk, Ms Marvel and Moon Knight, but one of the swiftest blasters in the galaxy is about to join the fight. A new report says the legendary actor behind Star Wars‘ Han Solo is about to become a key part of the MCU: Harrison Ford.

Ford, of course, has been a part of the Star Wars series since the original trilogy was released in the 1970s, but he is also an Academy Award nominee, activist and prolific actor – having starred in over 80 movies to date.

Thus far, the 80-year-old has steered clear of the Marvel franchise, despite the fact Disney have no doubt been tempted to coax him into the series. But that’s all about to change, according to a new report from The Hot Mic Podcast. The feature has claimed Ford “may be involved” in Thunderbolts, the upcoming supervillain team-up movie.

The podcast said “multiple sources” point at Ford as Marvel’s first choice for a major role in the series: General Thaddeus “Thunderbolt” Ross. (Via The Direct)

General Ross has been a constant source of stress for the Avengers since back in 2008’s The Incredible Hulk. He was also the main proponent in Captain America: Civil War when he pushed the Sokovia Accords, and he also made appearances in Avengers: Infinity War and Avengers: Endgame.

Ford’s access to General Ross is only possible due to the death of William Hurt. The actor died earlier this year, on March 13, 2022. The 71-year-old died from prostate cancer.

The podcast added that Ford was going to be announced as the new General Ross at the recent Disney event, D23, but a Star Wars executive stepped in to stop it at the last minute.

Podcast host Jeff Sneider said: “They actually wanted to announce him as a cast member in Thunderbolts at D23. But they didn’t because Kathy Kennedy put her foot down.”

Kathleen Kennedy is the president of Lucasfilm – the company behind Indiana Jones as well as Star Wars. Sneider claims she said: “No, we’re going to keep the focus on Indiana Jones 5.”

Ford just finished shooting Indiana Jones 5 and the release date is just around the corner with a release date of June 30, 2023, so it makes sense that she would not want to stray from the planned message.

However, the podcast host did stress that Ford “is or was, at one point” the favourite for the role, hinting that things may have changed since this news has made headlines.

Ford jumping into the role of Thaddeus “Thunderbolt” Ross would be a big deal for the MCU. The military force has always been a stark patriarch for the US Government in the MCU. And previously, he has teetered on the edge of supervillain status. His inclusion in the upcoming Thunderbolts suggests he might be taking on the equivalent role of Amanda Waller (the boss of The Suicide Squad in the DC Comics film series).

Thunderbolts is collecting a bunch of bad guys together, including the new Black Widow, the Winter Soldier, Baron Zemo, Red Guardian, US Agent and Ghost. It is as of yet unknown how these characters are going to work together, but we’d bet General Ross is key to the team-up.

Red Guardian star David Harbour recently teased how the bad guys would be getting together in the upcoming movie. He said: “I just made a joke about it’s like Dungeons & Dragons, where you meet in a tavern and it’s like there’s a dwarf drinking a beer and then there’s like an elvish figure over there, we all come together and then there’s this ghost… it’s not gonna happen like that, I don’t think.”

Harbour went on to assure fans the movie will be meaningful in terms of the overarching MCU. He said: “I think that’s one of the mysteries of the movie is what is their relationship, and as you say, there is a lot of exciting things as you wrap up the next phase in terms of sort of what their part of the whole universe is in this random, chaotic way.”

He added: “So, you know, we can’t say too much at this point, but they’re an exciting introduction of this team together again, that’s going to be a lot of fun.”

Until then, you can watch every Marvel entry and the Star Wars franchise on Disney Plus now.