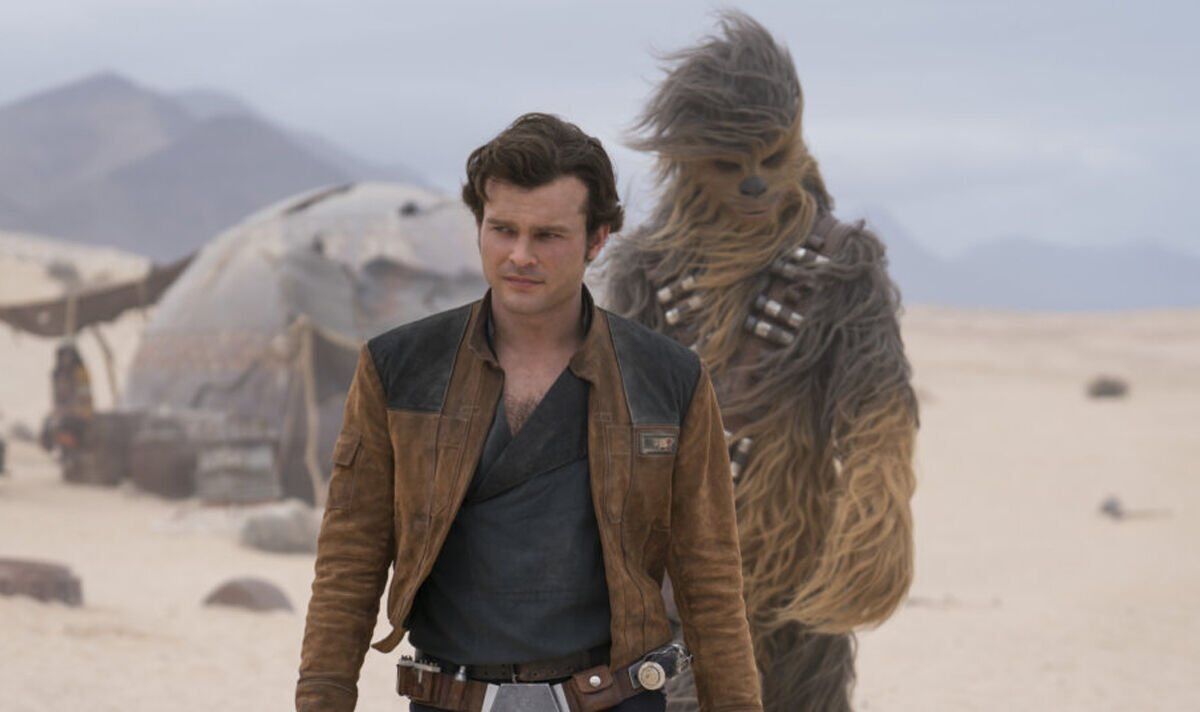 Star Wars fans have been left in the dark about the future of the franchise, so writers are looking back. The last batch of movies received middling reviews, and a scribe from one of the most recent “A Star Wars Story” movies has lamented about one narrative decision that sticks out. Jonathan Kasdan recently opened up about Solo: A Star Wars Story, and how one event left him full of regret.

Solo told the backstory of Harrison Ford‘s iconic galactic swashbuckler, Han Solo. The movie revealed how he first met Chewbacca, got hold of the Millennium Falcon, and even where he got his name from.

However, Kasdan pointed out that one key detail about the Kessel Heist infuriated him while looking back on it. He said: “I’ll tell you the biggest problem that has always haunted me about Solo – I’m going to reveal the writer’s nightmare right now. If Dryden Vos is so concerned about exposing his gang in the heist, why does he send his most trusted aid [Qi’ra] to be the most visible member of the team that steals the coaxium?”

Qi-Ra was the young swindler and opportunist played by Emilia Clarke in the movie. Her character was introduced as Solo’s first love, and the woman he would do anything for.

Solo was originally planned to be a trilogy of movies, telling the story of how Han Solo became the smuggler that fans met in the first Star Wars film, A New Hope. While the trilogy was never officially cancelled, production has never started on the second or third films.

Since then, Solo actor Alden Ehrenreich has spoken out about making a comeback. He said: “It depends on what it is. It depends on how it’s done. It depends if it feels innate to the story.”

Ehrenreich was also quizzed in 2021 if he had heard anything about a sequel to the movie. He confessed: “No, I don’t know anything about that. I mean, you know, I think our movie was kind of the last of the conventional-era Star Wars movie release time.”

Solo was one of the last Star Wars movies released. Since then, some untitled projects have been announced, but nothing has been given a firm release date or any details.

Instead, Disney have been focussing on TV shows set in the Star Wars universe. These shows, focusing on The Mandalorian and Boba Fett, have aired on Disney Plus.

Catch up on all things Star Wars on Disney Plus now.