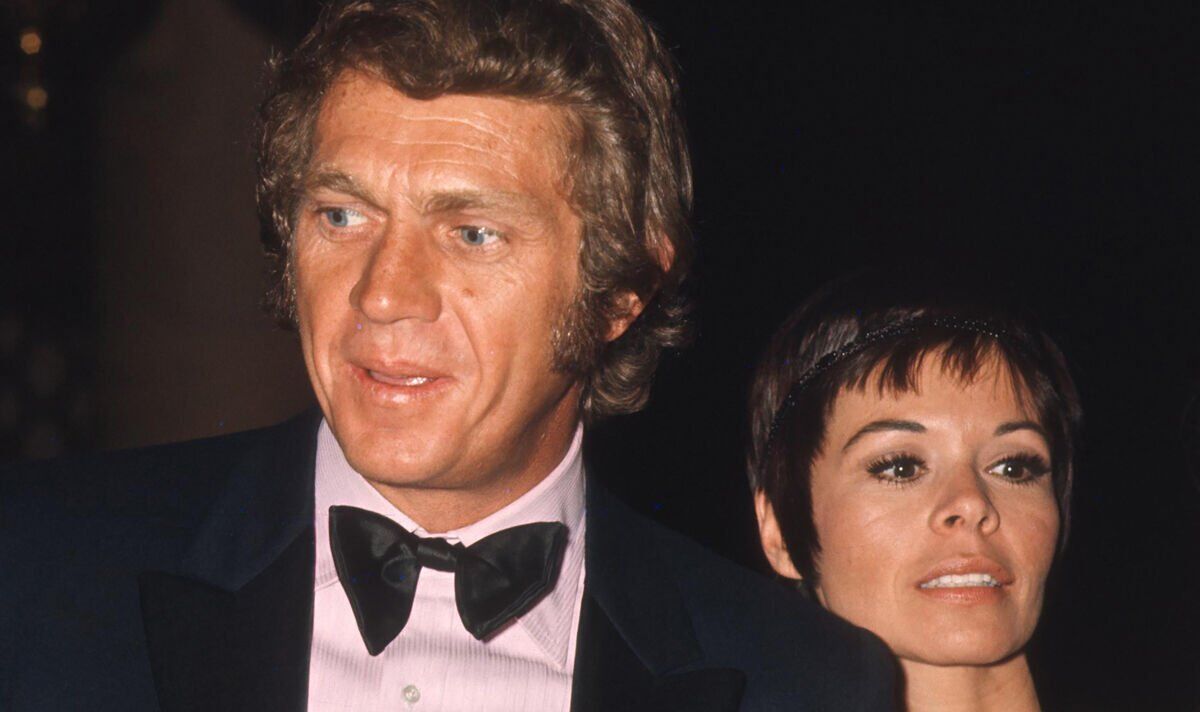 Steve McQueen married his first wife, Neile, on November 2, 1956. The pair enjoyed a romantic relationship for years and even had two children along the way – daughter Terry Leslie and son Chad. But behind the scenes, Steve was always womanising. Known as the bad boy of Hollywood, he would reportedly spend his spare time drinking, doing drugs, enjoying flings with actresses and even visiting brothels while away on a location shoot.

But the tables were turned on him in 1971 when he took his wife and children away to film the racing drama movie Le Mans.

Steve rented a French chateau while on location for the historical movie. The star of Bullitt and his wife were drinking in their accommodation late at night, before reportedly indulging in cocaine.

And as they lay in bed, Neile had to get something off of her chest. She revealed that she had a brief affair, long ago in their 14-year marriage.

Steve listened to her confession, stood up, and calmly left the room, Neile recalled in her memoir, “My Husband, My Friend”.

But when he returned, his face was like thunder.

Steve, the blonde-haired Hollywood heartthrob, “held a gun” to Neile’s head in fury over her infidelity.

Neile wrote in her book: “I knew that the gun wasn’t loaded. But I was terrified because he terrorised me. He kept questioning me and jabbing me in the face and slapping me. He’d never laid a finger on me in all our marriage but he couldn’t handle the fact that I’d had a fling.”

Steve reportedly “beat” Neile for her confession while their children slept next door, unaware of what was going on. (Via Daily Mail)

He was utterly furious – and he was even more annoyed over who she had the affair with.

Neile wrote: “My therapist said Steve would kill me if I stayed. I reluctantly filed for divorce and Steve was furious that he didn’t do it first.”

Despite the hardships she endured during her marriage, she recently revealed she didn’t regret the marriage.

“It was an amazing ride,” she said back in 2015. “But eventually I had to get off for my own sanity.” She added that she blamed his infidelities and violence on his use of cocaine. She said “it changed his personality.”

Neile also touched upon being scolded so badly for her affair, even though he was publicly flaunting his extramarital affairs.

“He was the highest-paid movie star in the world,” she admitted. “And he thought he was entitled to everything. But he trusted me so much. He thought he could do anything, anytime, anywhere and that I’d always be there for him. He put me on such a high pedestal that when I fell, I fell with a big bang.”

She added: “He expected unconditional love from me. Telling him about the fling was truly destructive on my part and he just never got over it.”