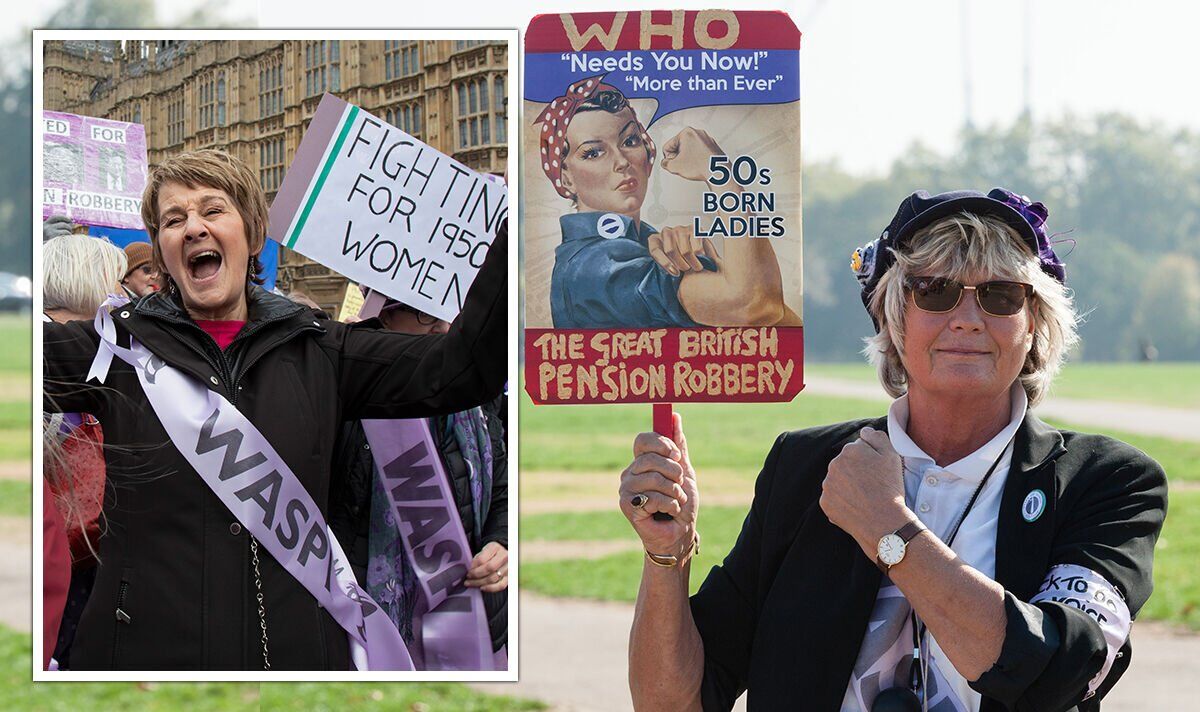 It is estimated some 3.8 million women born in the 1950s were impacted by the decision to change the longstanding state pension age of 60 for women. Some argued they were not provided with ample notice of this change, or were unaware of it altogether.

Lyn Wiles explained she only found out she would have to wait longer for the state pension just before she planned to stop working.

The Kent County Council worker was hit with another blow when she was told in 2018 she had not paid enough National Insurance contributions to receive a full state pension.

The 64-year-old told Lancs Live: “I thought I had worked everything out and out of the blue it was 63.

READ MORE: Pension warning as ‘100,000 Britons’ set to be affected by rule change

She added: “These are supposed to be the best years of your life. After working all that time, I think it’s shocking.”

Ms Wiles suffers from arthritis, which worsens in lower temperatures and can make day-to-day life challenging.

With financial pressures, the 64-year-old says she tries to wait until the temperature is low before using her heating.

As she is currently ineligible for a state pension, she is also missing out on winter benefits which could help with energy costs.

She was temporarily buoyed with a cost of living payment from the Government, but does not expect this to stretch far.

The Women Against State Pension Inequality (WASPI) campaign group has said many 1950s-born women are facing hardship as a result of the change.

The group does not disagree with a rise to the state pension age but disputes the way it was introduced.

They argue that affected women were not provided with ample notice about the change, and have been financially and emotionally impacted as a result.

WASPI has called for “fair and fast compensation” for those affected by the state pension age change.

A DWP spokesperson previously told Express.co.uk: “We support millions of people every year and our priority is ensuring they get the help and support to which they are entitled.

“We’re also protecting millions of the most vulnerable households with at least £1,200 in direct payments this year.

“The Government decided over 25 years ago that it was going to make the state pension age the same for men and women as a long-overdue move towards gender equality.

“Both the High Court and Court of Appeal have supported the actions of the DWP, under successive governments dating back to 1995, and the Supreme Court refused the claimants permission to appeal.”