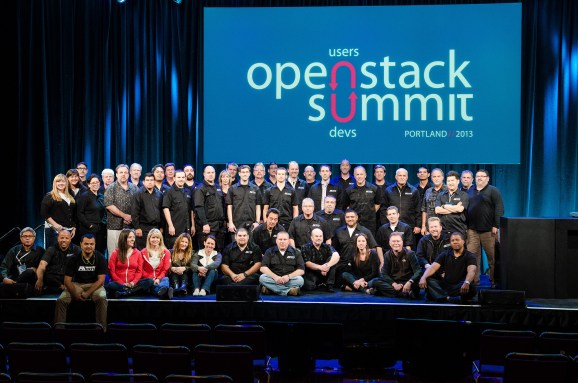 A few big companies have made OpenStack acquisitions in the past. EMC bought Cloudscaling, and Cisco bought Metacloud.

But IBM and Cisco, both of which have deep connections with enterprises worldwide, are announcing big moves on the same day. And these are not little-known startups — both targets are venture-backed and have competed for talent, accounts, and funding.

These exits suggest that OpenStack could well live on and become a more widely used underlying tool for creating and running a cloud in an on-premises data center, and perhaps extending it to an OpenStack-compatible offside public cloud.

That would be good for OpenStack startups that remain independent, particularly Mirantis, which announced a $ 100 million funding round in October. If nothing else, other tech vendors may become more interested in such companies so that they can say they provide OpenStack services.

It wouldn’t be surprising to see virtualization giant VMware, which has embraced OpenStack, make an acquisition of an OpenStack startup. HP wouldn’t be out of consideration either. HP has allocated resources around OpenStack — although it did buy Eucalyptus, whose cloud software was compatible with the application programming interfaces (APIs) of Amazon Web Services (AWS), the largest public cloud provider around.

Even so, the OpenStack market — at least the market for OpenStack on dedicated hardware — wasn’t big enough to support Nebula, which closed suddenly in April. Some wondered if that news signaled the decline of OpenStack. Today there’s reason to be more optimistic about the future of the software.

Rumors of OpenStack's death have been greatly exaggerated.

Blue Box started in 2003 and was based in Settle. An unnamed strategic investor led a $ 10 million round of funding in the startup that was announced in October. Founders Collective, Voyager Capital, and unnamed Blue Box executives also participated.

Piston Cloud started in 2011 and was based in San Francisco. The company had an edgy, too-cool-for-you vibe in contrast to its buttoned-down chief executive, Jim Morrisroe, who has worked at Zimbra, VMware, and IBM.

“The culture [the founders] have established is certainly a culture that I support, but it’s not something that comes naturally to me, so I have to kind of work hard myself to making sure that I nurture this baby along culturally for them,” Morrisroe told VentureBeat in an interview last year.

It’s interesting to see that sort of company get acquired by a company as serious as Cisco. But that’s what happened.

Even so Piston should provide value for Cisco, as was the case with the Metacloud deal. As Cisco senior vice president and head of corporate development Hilton Romanski noted in the blog post announcing the Piston deal, Cisco has been busy setting up Intercloud, an ecosystem of clouds around the world.