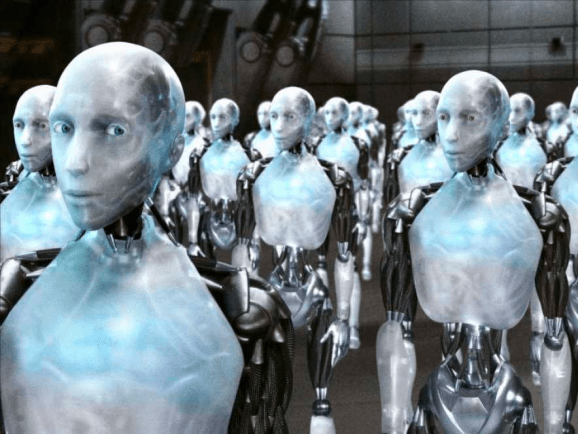 It’s no surprise that technology is getting better, faster, smarter. But is it at the expense of its makers?

Anxiety has been building around the Second Machine Age and its implications for our economic future, and it may have reached a tipping point.

The authors write, “The digital revolution is the best economic news on the planet.”

But not everyone agrees. Several scholars have been sounding the alarm on the danger of technological progress.

During a presentation at the Carnegie Council for Ethics and International Affairs this week, researcher Wendell Wallach said technology is now destroying more jobs than it creates.

“This is an unparalleled situation and one that I think could actually lead to all sorts of disruptions once the public starts to catch on that we are truly in the midst of technological unemployment,” said Wallach, a consultant, ethicist, and scholar at the Yale University Interdisciplinary Center for Bioethics.

Martin Ford, a software developer and Silicon Valley entrepreneur, recently published the book “Rise of the Robots” in an effort to generate a conversation around the prospect of a jobless future.

We’re not worried enough, he says. Most people don’t understand the “mind-boggling” speed that technology is advancing at.

“When people talk about robots, they’re mostly imagining factories, but the factory jobs have been gone for decades,” Ford tells Business Insider. 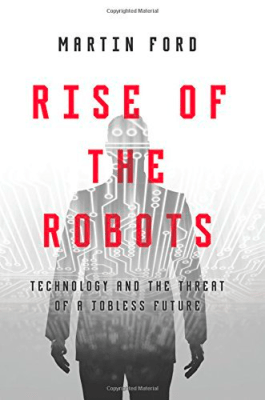 In May, Shenzhen Evenwin Precision Technology, a manufacturing company based out of Dongguan in southern China, announced it would soon be replacing 90% of its 1,800 employees with machines. The 200 employees not receiving pink slips will take on a new role — overseeing the robotic workforce.

This is part of a larger trend in southern China, where robots are poised to invade several manufacturing companies.

If that isn’t unsettling enough, consider the Oxford University study, “The Future of Employment: How Susceptible are Jobs to Computerization,” which predicts that 47 percent of US jobs could be automated within one to two decades.

It’s no longer just the “dangerous, dirty, and dull” jobs on the block. Technology is also poised to replace white-collar positions, like lawyers, reporters, and financial analysts, to name a few.

While certain sectors, such as healthcare and education, are safer than others for the time being, Ford believes most industries will eventually be at risk.

But it’s not as much about what industry you work in, Ford explains, as it is the function you perform. Think about your job, he says, and consider whether or not any smart person could figure out how to do it if they watched you work or studied your past work patterns.

If so, then it’s a pretty good bet that an algorithm will eventually be able to figure it out as well, he warns. “If you look far enough into the future, say 50 years and beyond, there aren’t any jobs that you could say absolutely for sure are going to be safe.”

With creative computing underway, even the most artful of jobs could be at risk. Algorithms can now write symphonies and paint original paintings, Ford tells us. 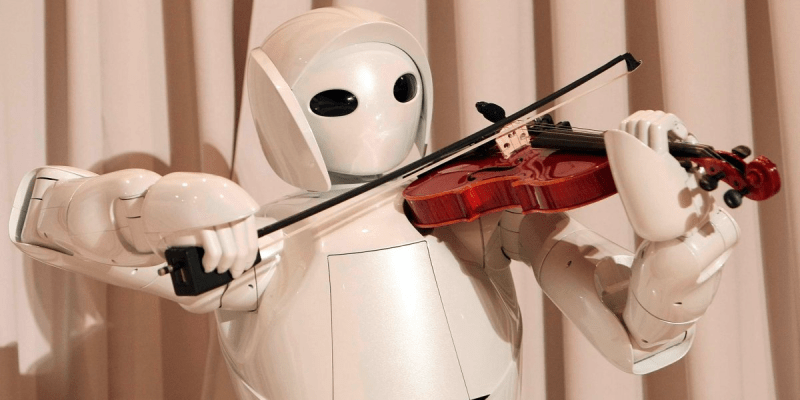 “We should be concerned,” says Ford. “Primarily because we don’t have an alternate for people to lose their jobs.

“I’m not arguing that the technology is a bad thing. It could be a great thing if the robots did all our jobs and we didn’t have to work. The problem is that your job and income are packaged together. So if you lose your job, you also lose your income, and we don’t have a very good system in place to deal with that.”

The economic consequences could be dramatic, he says. Jobs drive consumption, and consumption drives our economy.

“Without consumers, we’re not going to have an economy. No matter how talented you are as an individual, you’ve got to have a market to sell it to,” Ford says. “We need most people to be OK. We need some reasonable level of broad-based prosperity if we’re going to continue to have a vibrant, consumer-driven economy.”

Of course, what Ford sees as a disaster, others see as an opportunity. The New York Times recently highlighted a study by the McKinsey Global Institute that presents a more cheerful outlook.

“By 2025, McKinsey estimates, these digital talent platforms could add $ 2.7 trillion a year to global gross domestic product,” the Times wrote. “And the digital tools, the report states, could benefit as many as 540 million people in various ways, including better matches of their skills with jobs, higher wages, and shorter stints of unemployment.”

Other experts point to the Industrial Revolution, which ultimately led to more employment opportunities, and say the same will happen during the Second Machine Age. Some believe an increase in computing prowess will simply eliminate old jobs and introduce new ones, resulting in a net-zero effect — or even an increase in jobs.

However, Ford doesn’t believe the past will predict the future in this case. “On January 2, 2010, The Washington Post reported that the first decade of the 21st century resulted in the creation of no new jobs. Zero,” he writes in “Rise of the Robots.” “In other words, during those first 10 years there were about 10 million missing jobs that should have been created — but never showed up.”

The solution to this job displacement is not a simple one.

In the past, when low-skilled workers lost their jobs to technology, the conventional advice was to go to school for a better education and training, and find more intellectual work in an office. This solution will no longer be effective, Ford says, because technology is coming after those higher-skilled jobs as well. 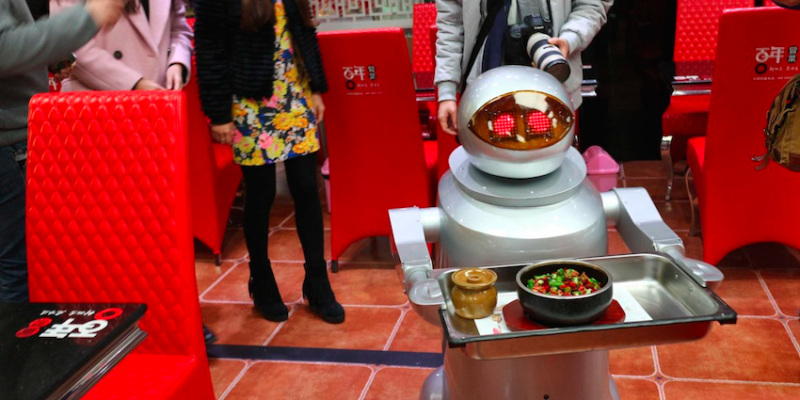 “Investment in education and training will unlikely solve our problems. We must look beyond conventional policy prescriptions,” says Ford.

His solution is a radical one: To effectively restructure our entire system.

“You give people a minimum — a survivable income. Not something so generous that they just sit around and do nothing, but you give them enough so they don’t have to worry about basic survival,” he explains. “Some people would be lazy, but most others would want more and would work part time, start small businesses, or work a more traditional job if they could find one.”

Ford is not the only one proposing such extreme changes.

Scott Santens, a leader in the basic income movement — a worldwide network of thousands of advocates — agrees that job growth is not keeping pace with technology, and encourages government-provided income as a remedy.

“It’s not just a matter of needing basic income in the future; we need it now,” Santens told The Atlantic. “People don’t see it, but we are already seeing the effects all around us, in the jobs and pay we take, the hours we accept, the extremes inequality is reaching, and in the loss of consumer spending power.”

It’s unlikely Ford and Santens’ proposal would become a reality, at least any time soon. “In today’s environment, such a radical solution is completely unthinkable,” Ford admits. “But the paradox is that it’s ultimately what we’re going to need in the future. It’s unclear how we’re going to get there.”

For now, it might be time to consider strategies for staying ahead of the robots before they come for your job.