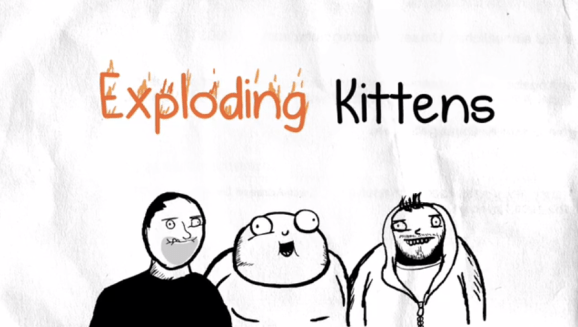 Dozens upon dozens of articles show up on VentureBeat every week. Not all are equal.

Here’s a roundup of the best tech news coverage and analysis that appeared on the site this week:

The original indie dev: How one man made 22 games in 22 years, mostly from his basement

Jeff Vogel’s been writing games, by himself, mostly in his basement, for longer than most people have been playing: 22 games in the past 22 years. The most recent, the role-playing game Avernum 2, just published last month.

His Spiderweb Software company name comes from a real spiderweb in that basement. He’s one of the few full-career indie developers still working at it in his 40s, and he never once turned away from writing games on his own, not even when the invitations and the money came.

Vogel is also one of the most interesting guys in the business. On the 20th anniversary of the publishing of his first game, Exile: Escape from the Pit, I spoke with him in a video call, asking him to riff on that process, indie developing, his basement, and the game industry in general.

The engineers at startup ClusterK know a heck of a lot about an often overlooked part of popular cloud provider Amazon Web Services called Spot Instances, where you can name your price for using slices of servers in the Amazon cloud. ClusterK has figured out a way to run complex applications on these Spot Instances for a tiny fraction of the cost of running it on Amazon’s more popular on-demand instances.

Dmitry Pushkarev, ClusterK’s chief executive, told VentureBeat in an interview that his startup can give companies “90 percent off the Amazon price.”

Which is huge. Companies are already keen on lowering their bills when it comes to running their applications in the public cloud, whether they’re for internal use or external consumption. The cloud price wars, where Amazon, Google, and Microsoft, and other companies are challenging each other, have made this clear, and optimizations with spot instances could be considered a new way to achieve that nirvana.

Pinterest bans all affiliate links, asks power users to monetize in other ways

As Pinterest’s monetization plans materialize, the social network is pulling the plug on affiliate networks.

Pinterest warned select “power pinners” this evening that it will now “automatically remove all affiliate links, redirects and trackers on Pins.” According to an email forwarded to VentureBeat, Pinterest began removing these links today, and specifically targeted links from popular affiliate networks RewardStyle and Hello Society. This is not the first time Pinterest has banned affiliate networks, but the company has never issued a total ban.

A card game about exploding kittens has officially become one of the most successful crowdsourced projects in Internet history with over 200,000 fans and just over $ 8 million pledged.

Popular comic writer Matthew Inman, who ordinarily publishes comics at The Oatmeal, is one of the creators of the upcoming game. It is now the most popular project on Kickstarter (by number of supporters). It handily beat other cult sensations, including Reading Rainbow (105,000 backers, $ 5.4M) and the Veronica Mars movie (91,000 backers, $ 5.7M).

Inman and company are quite confident they can finish the product in the near future.

Simon Zhang spent his last day at LinkedIn on February 18, giving up his prominent position as senior director of business analytics at the business social networking company. But he’s not leaving empty-handed.

He’s got lots of experience working with people who need to analyze data to make better decisions. Now, that experience will come in handy. He’s planning to establish a startup with data-analytics software that could potentially have a major impact. He envisions marketers, product managers, and developers using the tool.

“I’d like to build a product that provides very, very easy and quick analytics results,” Zhang told VentureBeat in an interview today. “Ideally speaking, it doesn’t need people to do much work.”