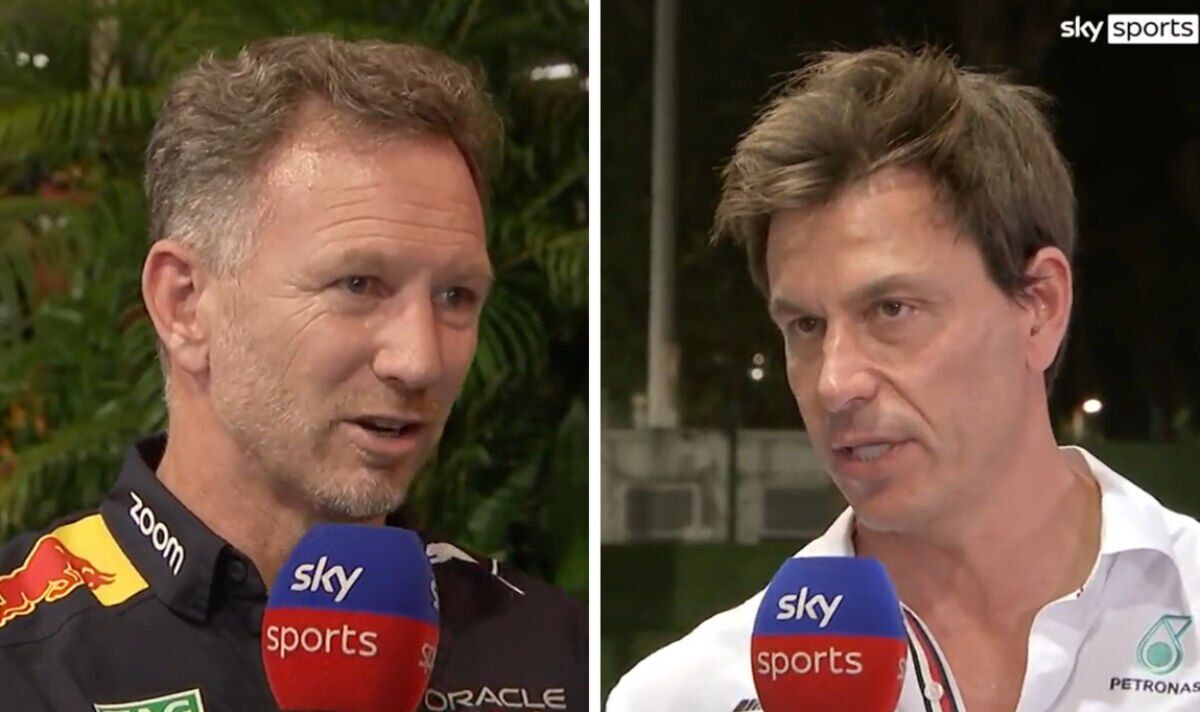 Mercedes chief Toto Wolff fired a sassy response to Red Bull boss Christian Horner on Friday following reports that the energy drink giants had gone over the budget cap. Red Bull are on course to win the Constructors’ Championship this season, while their star driver Max Verstappen looks certain to win his second consecutive Drivers’ Championship.

Earlier in the day, Horner had defended his team after Auto Motor und Sport reported that Red Bull were £4.5million over the budget cap limit last season. He insisted the claims were “just speculation at this stage”.

“I’m not aware of any [breaches],” Horner told Sky Sports F1. “See the council submitted way back in March, so it’s been a long process with the FIA going through and we’re in that process as we speak. So they’re rightly following that process. And I think next week, mid-next week, is when they declare the certificates. So I think that certainly our submission was below the cap. And it’s down to the FIA obviously to follow their process, which they’re currently doing.”

But Wolff called out Horner’s comments and has hit back at his fellow team principal. The Austrian insisted: “Funny that Christian says that because it’s been weeks and months they are being investigated. So maybe he doesn’t speak to his CFO. As a matter of fact all of us have been investigated diligently and, as far as we understand, there is a team in minor breach – which is more procedural – and another team that is fundamentally and massively over. That is being still looked at so that’s an open secret in the paddock.

“There is a governance in place that is very solid that the FIA have set-up. You’re going to be issued a certificate of compliance and then if you’re not compliant it goes to independent judges and they can then choose from the penalties the appropriate one.

“That’s heavyweight, it’s massively heavyweight. We are using used parts. We are not running what we would want to run, we are not developing what we could be developing. We have made more than 40 people redundant that are dearly missed in our organisation and it was a huge mammoth project to make the cap.

“I don’t know how many 10s of millions we had to restructure, reprocess in order to be below the cap. And if someone has been not doing that or pushing the boundaries, every million is a massive disadvantage.”

But when asked if he would push to change the 2021 results, Wolff added: “No, I think it’s not up to me to judge and, that’s not realistic, up to me to judge what the penalties could be. The judges have all that scope to analyse. But I wouldn’t want to be in their position because of the impact it had over three years.”