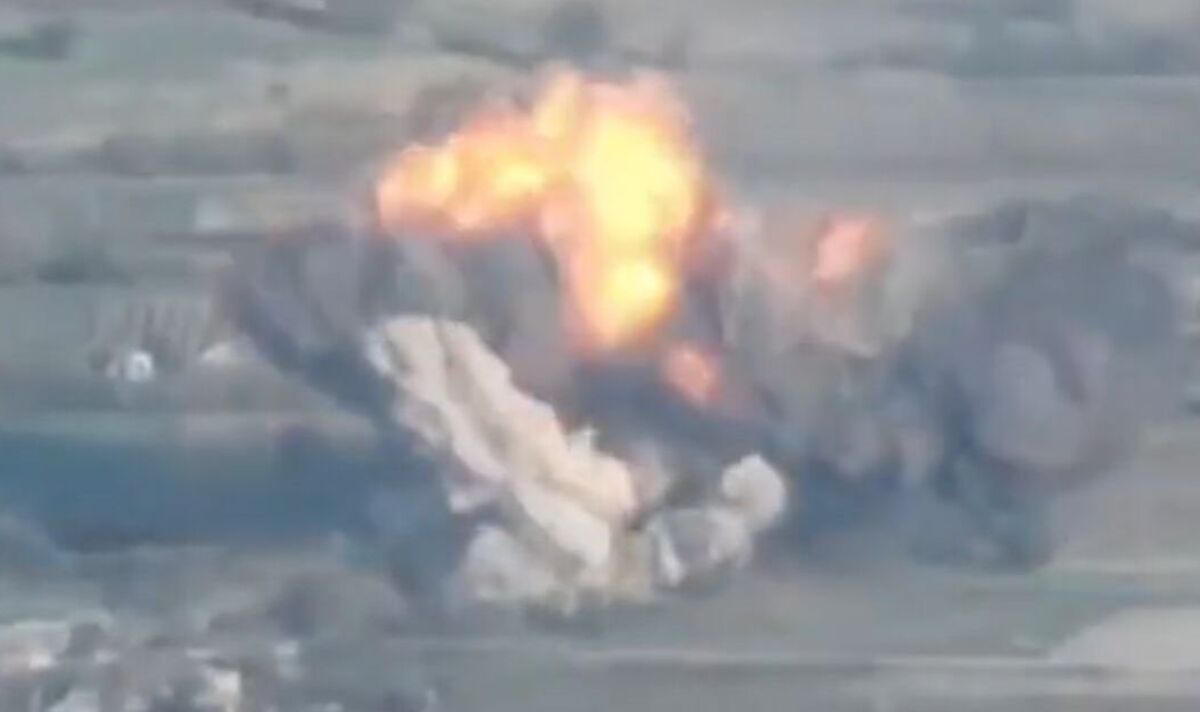 Ukrainian troops struck a Russian warehouse, causing a massive explosion in the eastern Donetsk Oblast. Some flames can be seen after a first small detonation. But then, a gigantic explosion destroys all the surroundings, sending a plume of dark smoke over the village of Kodema in eastern Ukraine.

The explosion can be seen from miles away as the enormous plume of dark smoke rises above the region.

The attack was carried out by Ukrainian 30th Mechanized Brigade in the village of Kodama located in the Donetsk province close to the neighbouring Luhansk province.

The brigade put out the footage on Twitter, saying: “Huge explosion of a Russian warehouse containing ammunition and howitzers in Donetsk Oblast after being targeted by the Ukrainian 30th Mechanized Brigade.”

Now, Russian troops appear to be on the back foot, as they keep losing territories.

To the own admission of the Russian Defence Ministry, Putin’s troops were forced to pull out of Lyman “to more advantageous lines” due to “a threat of encirclement” by Ukrainian forces.

“The liberation of this city in the Donetsk region is one of the key factors for the further de-occupation of the Luhansk region,” the Luhansk governor, Serhiy Gaidai wrote on the Telegram messaging app on Sunday.

“Lyman is important because it is the next step towards the liberation of the Ukrainian Donbas,” said Serhii Cherevatyi, a spokesperson for Ukraine’s eastern forces. “It is an opportunity to go further to Kreminna and Sievierodonetsk, and it is psychologically very important,” Reuters quoted him as saying.