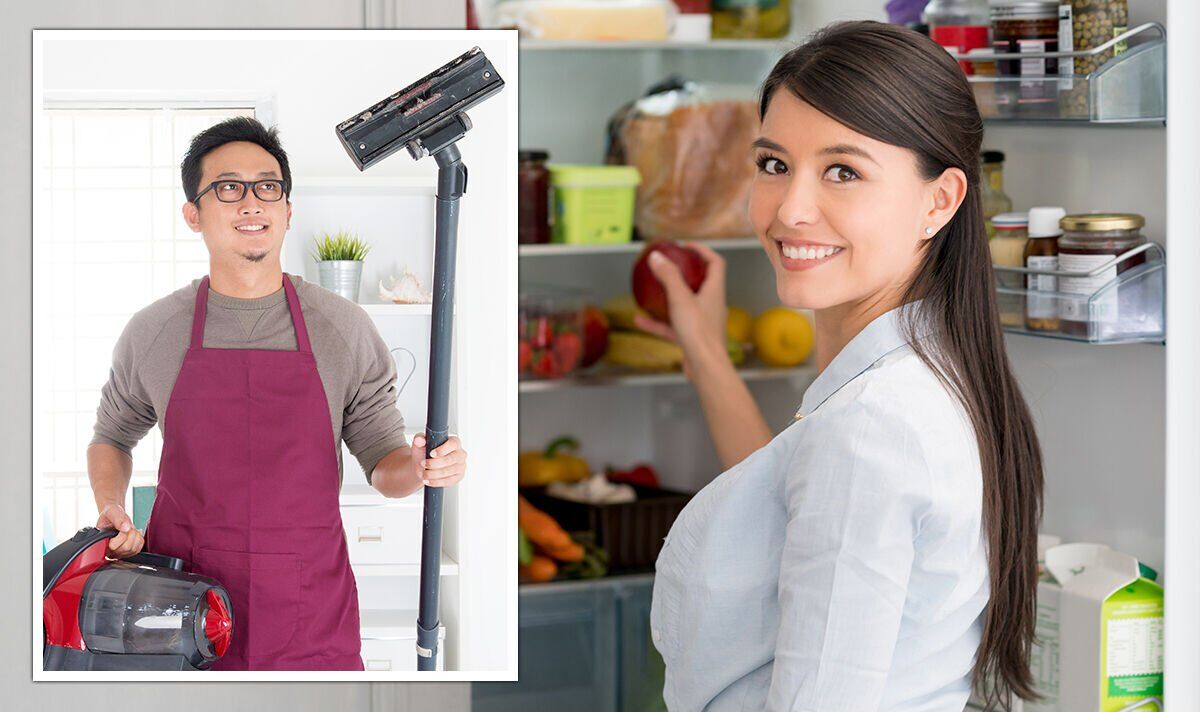 Emily Seymour, energy editor at consumer magazine Which?, shared some tips on how reduce bills from electrical appliances, including vacuuming the fridge. She urged people to be mindful of the consumption of everyday appliances around the home, as they can use a lot of energy.

Speaking on BBC Radio 5 Live, she said: “The first one for me is using your home appliances more efficiently, when you think about all the big electricity drawers in your house, most of those are going to be white goods, your fridge, a freezer, a washer machine – those kinds of things.

“And those are all things that we use a little bit kind of casually you know – washing machines and dishwashers especially.

“You can try and make sure you are using them a little bit less, maybe running them full up to the max rather than sort of as and when you need them.”

She said that vacuuming the filters on the side of the fridge can help the machine’s cooling process, slashing its energy use by 25 percent.

READ MORE: Energy bills lifeline as 130,000 low-income households could see bills cut by up to £700

She said: “With fridges, one thing I found out from the Which fridge team, which I found really interesting, is that there are filters on the side of your fridge which are bringing air in and out and helping the refrigeration process.

“If you make sure you vacuum those, clean the dust out you can make them about 25 per cent more efficient – fridge freezers use quite a lot of energy, they are on all the time, it is pretty energy intensive to cool things down.

“I thought that was quite a good one, just going around your house and making sure everything is working efficiently as they can.”

Energy bills are set to increase from today, with average bills to rise to £2,500 a year, as the Energy Price Guarantee comes into effect.

Ms Seymour also spoke about alternatives to using the oven, which can be more energy efficient, especially for smaller portions.

She said: “If you think about it, ovens use a lot of energy and a lot of electricity to heat quite a big space, so if you are cooking something that is really small, putting it into a smaller space like an air fryer or a microwave, you have a look at them, you might find that they are more energy efficient to use because they are heating a much smaller space.

“That’s not necessarily true for every appliance but if you have a smart meter with a device that shows you your energy uses.”

She encouraged Britons to do some experiments to work out which is the cheapest way to cook food.

READ MORE: Credit score warning: ‘Hard enquiry’ can reduce it – but there is a way to check score

She said: “I would say it is worth doing a little test if you have chips that you frequently cook or something like that.

“Just to have a look at the different appliances that you have got and see which one is using the most energy as you might see that the whole process of heating up the oven, cooking whatever it is.

“The oven working at full potential just for a small amount of food could be the least efficient way of doing it.”

The energy expert also said people should get ready for the temperatures dropping going into the winter months, when heating will be more in use.

She said: “Once we get into winter again and people’s thermostats start coming on and people’s heats are on – that is really where the most of your energy goes.

“I would just say that electricity and the appliances are worth having a look at but actually, when it comes to it sourcing out your central heating – making sure your boiler is operating as efficiently as it can – if you haven’t had a boiler service yet this year, book that in as that can be a really good way to make sure that is operating efficiently.

“Only heat the rooms that actually need to be heated and just get all that draft proofing in place and make sure your home is nice and cosy before we get into the winter – that is going to be the big one.”

All households in Great Britain with a domestic energy connection are to receive a £400 discount off their energy bills, paid in six instalments.

The money will be paid as £66 instalments in October and November, going up to £67 from December to March.