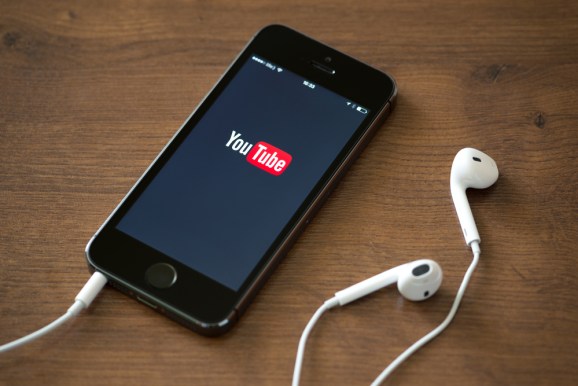 Join us for this live webinar as Tune’s John Koetsier, Rivet’s Stephanie Carls, and Greg Jarboe, author of YouTube and Video Marketing, duke it out on the best video investment between rivals Facebook and YouTube.

Two battlegrounds have emerged in the war for the billions of dollars spent on video marketing. Despite their many similarities, Facebook and Google YouTube have distinct differences that marketers must contemplate when considering how — and where — to deploy their growing video expenditures.

It’s a critical decision: Each day, Internet users around the globe spend more than 150,000 aggregated years on both sites’ digital content. These platforms involve new metrics and new insights, and so during VentureBeat’s upcoming webinar, “FB vs. GOOG: Who is really winning the battle for video content?” we’ll get more exclusive insight into marketers’ video spending and digital trends from John Koetsier’s latest VB Insight report.

While some pundits already have anointed Facebook to the throne, at least one industry expert expects Google to win over its fair share of digital dollars — plus consumers’ hearts and money.

Jarboe is the author of YouTube and Video Marketing: An Hour a Day and a contributor to Complete B2B Online Marketing, Enchantment, Strategic Digital Marketing, and The Art of SEO, as well as president and co-founder of content marketing agency SEO-PR — and a panelist on the December 15 webinar.

Where Facebook once had an edge due, in part, to its massive user base and user familiarity, Google now has an edge, says Jarboe. By allowing users more control over whose posts they see in their news feed, Facebook made it harder for brands to get in front of consumers with video content, he says.

“A whole lot of business-oriented content that used to encourage people to visit your business’s Facebook page and engage with you and maybe lead to traffic on your website may be pushed out by personal friends, family, or colleagues who get preference,” he says. “If Facebook didn’t do that, they might end up losing people from Facebook. The commercial content gets squeezed out. The only commercial content that doesn’t get squeezed out is ads.”

In contrast, consumers go to YouTube expressly for video. But while most businesses have a presence on Facebook, a number shun Google’s offering because they erroneously think it’s expensive, difficult, or their products have to compete with high-quality commercial productions, says Jarboe. In this area, Facebook has an edge because SMBs believe it is easier to use.

Simply creating video is not enough, of course. Marketers must understand the different metrics each platform uses. In late 2012, for example, YouTube combatted fake reviews by adding a “watch time” measure.

“If you’ve got a bad, boring video, and 5, 10, 15 seconds in, people stop watching it, the algorithm doesn’t count it,” Jarboe explains. “Now you’ve got to find ways to get people to watch most or all of your video, which is why we’ve found storytelling to be such an effective technique.”

Adding a good soundtrack also helps engage viewers for the length of a video, he says.

These tactics work regardless of demographic: Success lies in content — and common interests drive viewership, not age, gender, or other traditional measures, he says.

“There may be some companies that work well on Facebook, not on YouTube, and vice versa,,” says Jarboe. “But demographics isn’t the most interesting way to slice and dice Facebook and YouTube. When you can figure out people’s interests you can really connect with them, especially with video.”

In the VentureBeat webinar, we will learn more about connecting with consumers and delve into the findings of the VB Insight report. Stephanie Carls, YouTube Digital Lifestyle blogger and Client Success Manager at Rivet, will join Koetsier and Jarboe, as the panel shares video content dos and don’ts, as well as their recommendations on when and how to use Facebook or Google for video.

In this webinar, you’ll: