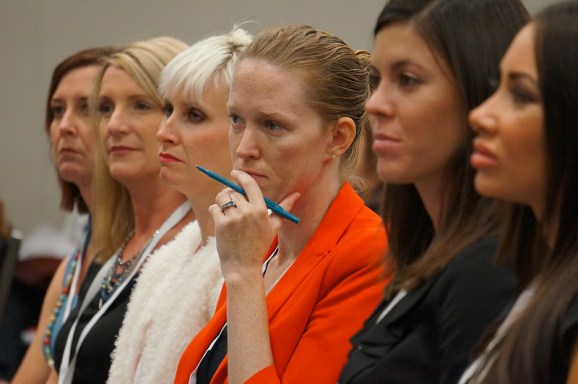 Late last month, a jury found venture capital firm Kleiner Perkins not liable in Ellen Pao’s gender discrimination suit, but the conversation didn’t end there. In fact, it has just begun. Pao’s bravery in coming forward has inspired many other women to speak up about Silicon Valley’s bias problem, and we owe Pao our thanks for starting a long-overdue conversation.

The numbers speak for themselves: According to a 2013 US Census report, women’s representation in computer-related jobs has declined since the 1990s, and only 22 percent of software developer positions are now filled by women. The problem is even more acute in the VC world: A Babson College study found that in venture capital, only 6% of partners were women in 2014, down from a paltry 10 percent in 1999.

Acknowledging the problem is just the first step. Next, we must find a way to solve it. I believe the “Murray Mandate,” a requirement that companies interview women for open senior level positions, is the way forward. The Murray Mandate is named for my friend Patty Murray, former SVP at Intel, who served as the company’s HR director.

When looking for a way to tackle gender imbalance in the senior ranks at Intel, Patty found inspiration in the NFL’s Rooney Rule, which was instituted in the league in 2003 to address the lack of African American representation in the head coaching and senior football operations ranks. Named for Pittsburgh Steelers owner and chairman of the league’s diversity committee Dan Rooney, the Rooney Rule requires that teams interview at least one minority candidate for every open head coach and GM position.

Prior to implementation of the Rooney Rule, although 70 percent of NFL players were black, only 6 percent of head coaches were African American, and while the few black coaches who were hired performed just as well or better than their white counterparts, teams were quicker to fire them. The percentage of black coaches rose to a peak of 22 percent after the Rooney Rule went into effect, and in 2007, African American head coaches Lovie Smith and Tony Dungy competed against each other in the Super Bowl.

Bias is notoriously hard to prove in court, but we know it exists. That’s why Ellen Pao’s case resonated with women across Silicon Valley and beyond. That’s why a group of women took out an ad in the Palo Alto Daily Post saying “Thanks Ellen.” So much of business turns on relationships, and people tend to form ties with colleagues and mentors they are comfortable with – people like themselves. Companies may not intend to shut women out of the top ranks, but it happens nonetheless.

As Pao recently said in a Wall Street Journal interview, “You need to work through these issues because they are here, and they’re not going to go away.” And that’s why the Murray Mandate needs to spread beyond Intel to the tech and VC communities at large.

As president and CEO of Full Circle CRM, I am pledging today that whenever my company has an opening for a senior leadership position, we will interview at least two women for the job. I challenge my fellow tech industry business leaders and venture capital firm partners to join me in this pledge and voluntarily adopt the Murray Mandate.

As a tech entrepreneur, I understand how important it is to put the right team in place. With the Murray Mandate challenge, I’m not asking companies to hire anyone but the very best candidate for the job. The goal of the Murray Mandate is to give women a chance to impress the interviewer and demonstrate what they can do. I have every confidence that if women get a fair shot, they’ll make the most of it.