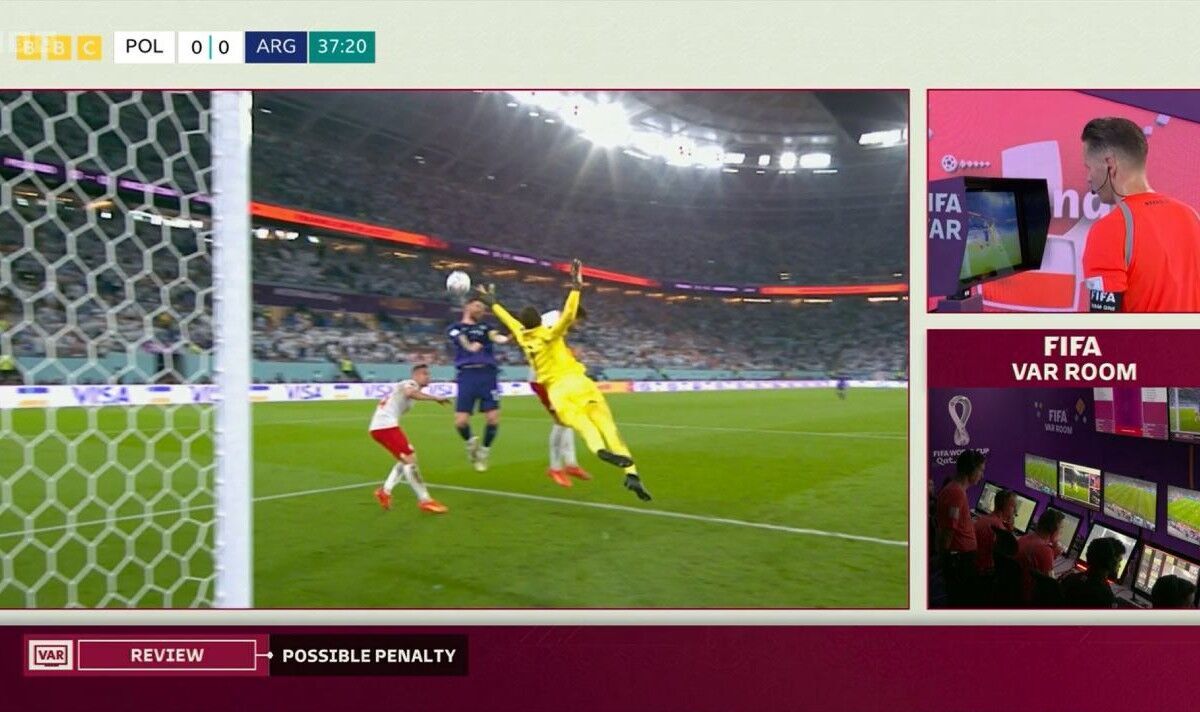 @RealTimVine said: “That is NEVER a penalty. Absolute shocker. The ref has been intimidated by the players and the crowd. Oooh…he missed. Justice.”

The feeling was mutual in the BBC studio with Gary Lineker, Rio Ferdinand and Alan Shearer furious at the decision. “It’s a disgraceful decision,” Ferdinand said.

“This isn’t what VAR has been brought in for. He’s flicked his eyelash for starters and the fact he’s gone over to look at it I think is an outrageous decision.

“It’s never, ever a penalty,” Shearer added. “Can you remember when VAR was brought in and they said it’s just clear up the clear and obvious and they’re not going to re-referee the games.

“We keep saying that but that’s never a pen.”