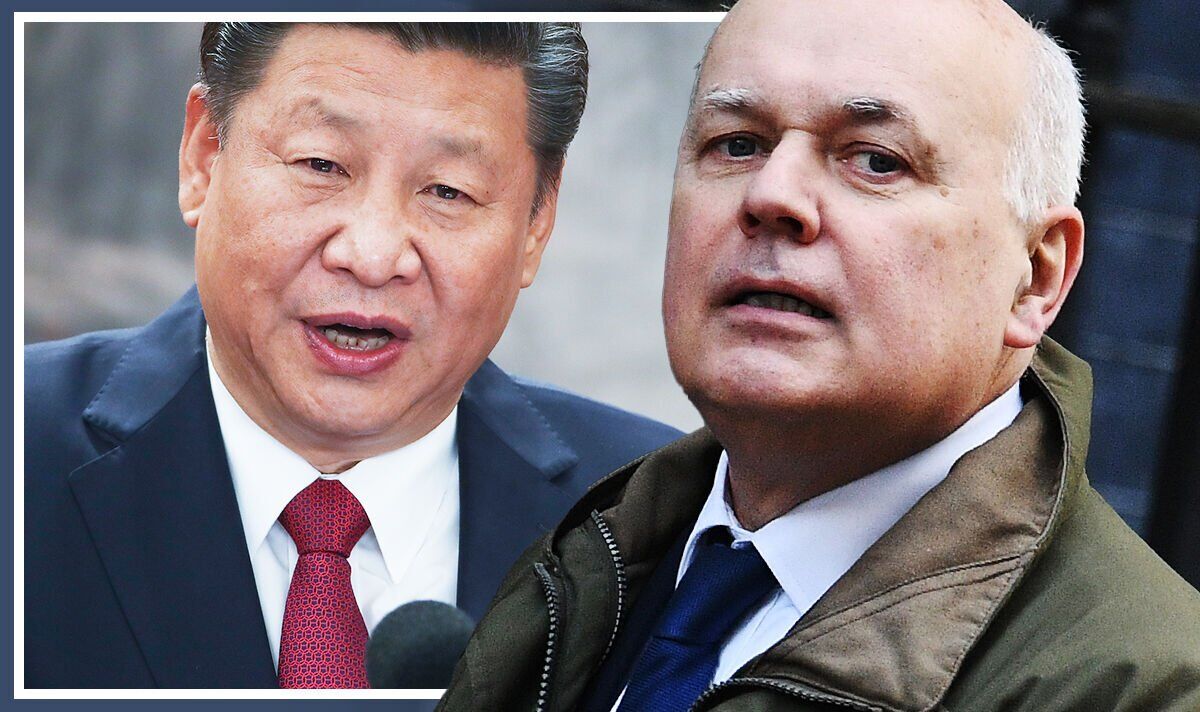 China’s military drills near Taiwan last week were used as preparation for an invasion, the island’s foreign minister has claimed. Joseph Wu claimed: “China has used the drills in its military playbook to prepare for the invasion of Taiwan. “It is conducting large-scale military exercises and missile launches, as well as cyber-attacks, disinformation, and economic coercion, in an attempt to weaken public morale in Taiwan.” Beijing’s sabre-rattling in recent years has not been limited to Taiwan, as China has also built military bases on contested territory in the South China Sea.

Its actions in both its domestic and near-abroad affairs have attracted harsh criticism from Western leaders, many speaking out against China’s interference in Hong Kong and its genocide of Muslims in Xinjiang province.

Former Conservative Party leader and MP, Sir Iain Duncan Smith, tells Express.co.uk that the UK needs to lessen its economic dependence on China in light of these issues, and that Beijing would as a result be plunged into an economic “crisis”.

Sir Iain said: “We need to be prepared to lessen our dependence on China, to diversify our requirements to other countries like India and we need to rebalance that dependency because it’s far too one-sided.

“At the same time, that dependency can be reversed: China is dependent on its sales to the free world, and if we start diversifying because of their bad behaviour, their abuse of human rights, their military threats in Taiwan and the South China Sea, that gives China a crisis.

“There is one answer to these states who practise this behaviour: You need now to recognise the power of free nations believing in democracy, the rule of law and human rights. We will not back down.

“These are too valuable to the future of the human condition and we must never back down. We must support those who support these very principles.”

In March 2021, Sir Iain and eight other Britons were sanctioned by the Chinese government for spreading what Beijing called “lies and disinformation”.

Prime Minister Boris Johnson praised those who were sanctioned for performing a vital role shining a light on the gross human rights violations being perpetrated against Uighur Muslims.”

Sir Iain described the sanctions as a “badge of honour”.

The UK may now have to reconsider its relationship with China, as it was reported in January that Britain’s trade deficit with China more than tripled in 2021.

READ MORE: ‘China is no longer a rational actor and it makes them so dangerous’

He told The Daily Telegraph: “It’s become apparent that the government is taking us on a very worrying journey of becoming heavily dependent on China for trade in goods, and moving away from our nearest market in Europe.”

Ana Boata from Euler Hermes also commented on the UK’s trade with China in February.

She told the publication: “Dependency on China has steadily grown over the past decade and reached a record high of 14 percent of total imports in 2021.

“This is at the expense of trade with the EU, for which we see limited scope for a strong rebound in 2022.”